After all, it’s just basic common decency – but these things we used to take for granted seem further away than ever for millions. Children starting secondary school this year have only ever known recession and austerity, born in a credit crunch brought on by big business, and now going to school hungry. Teachers who haven’t seen a real term pay increase for years are dig into their own pockets to make sure their students have full enough stomachs to concentrate, while juggling their own rising rents and expensive childcare.

The Co-operative Party, as Labour’s sister party, is steadfast in our belief that Britain needs a Labour government – with co-operative values at its core. Our Labour and Co-operative candidates and activists up and down the country are our on the doorstep working to make this a reality.

Today, we have launched our policy platform, “Building a Fairer Future” – our to-do list for the next parliament, the ideas and proposals that we believe can build a fairer future. They are borne from the real-life experiences of our members and movement, who are already doing things differently across the country. Putting our co-operative values into practice on shop floors in every high street, through community share offers to build solar panels and save post offices, on marches for a public vote on any Brexit deal.

Our policy platform includes ideas for a fairer economy, widening ownership so we all have a say in our economy and a share in its rewards. We want to at least double the size of the co-operative sector because we know that economies characterised by co-operatives are more equitable and have a narrower gap between the rich and the poor.

We set out a bold, co-operative green new deal, grounded in the principles of a just transition and guided by the urgency that our climate crisis demands. Plans for an expansion of community wealth building and co-operative housing feature – because economies should be bottom-up and participatory, no longer indifferent to people and place. And we include our views, and those of our members, on Brexit – calling for any deal to be put to the people.

These ideas, and the many more contained within the platform, all point to one fundamental: our economy and our politics are broken, and more of the same will no longer do.

More of the same will not change the way our economy distributes its rewards. More of the same cannot save our world from the climate emergency. It won’t put food on the table or a roof over our heads. As we go to the polls this winter, and when the new cohort of MPs return to Westminster, let us face the future. To build a fairer future, we must seek inspiration from the people, projects and movements who have dared to do things differently.

Doing things differently comes naturally to co-operators. From the outset, the co-operative movement has challenged the status quo. It is this experience and this willingness to be disruptors which will be so important in facing the challenges to come. Co-operation, a global movement of more than a billion members, shows that our values and principles can support social justice both at home and abroad.

At the Co-operative Party, we are confident in our values – and our members and movement are already at work putting them into practice in every community. It is time now for parliament to play its role too in building a fairer future, where wealth and power are shared.

You can read the Co-operative Party’s plan for Britain in full here. 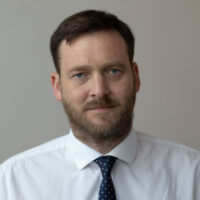