Despite promises from successive Tory governments to do more to tackle climate change, the UK is set to miss an array of environmental targets for 2020. We know this government has a habit of pushing back Brexit deadlines, but they’re also guilty of kicking the can down the road when it comes to climate action.

I recently wrote about the lack of ambition in the Environment Bill, which gives the government 18 years to meet key targets. Now we know why the Tories need decades of time to take action. According to an investigation by Unearthed and The Financial Times, the government is currently on track to miss next year’s legally binding EU targets on carbon emissions, air pollution, recycling, renewable energy, water conditions, their own tree planting objectives and all internationally agreed biodiversity targets.

We can no longer wait for action on the environment and climate emergency. When targets are missed and deadlines are pushed back, it means more deaths from air pollution, more species going extinct, more sewers spilling into rivers, more plastic polluting our natural environment, more fish stocks being depleted and more and more carbon in our atmosphere leading to hotter temperatures and rising sea levels.

Scientists are warning of “untold suffering” due to the climate crisis, and we’ve been stuck with a government dragging their feet, unwilling to face up to the reality of the challenge ahead. Michael Gove’s flagship policy as Secretary of State for Defra was announcing a plastic bottle deposit scheme, but if we’re ever to see this materialise it won’t be until at least 2023. We need to decarbonise our economy and restore our natural environment – the most depleted in Europe. Recycling a few more plastic bottles simply won’t cut it.

The Conservatives are masters of greenwashing; each Prime Minister making grand statements about the commitment to the environment, when in fact their record on climate change is defined by scrapping support for renewables, bringing fracking to the UK and handing out more public money to polluters than any other EU nation. It’s no surprise that their election manifesto has been written by a fracking lobbyist.

This is not the “world-leading climate action” the Tories claim. Crucially, their limited environmental policies were rolled out against a backdrop of massive cuts to public services. Since 2010, Defra and other public bodies responsible for maintaining and restoring our natural environment have been starved of funding. Austerity has devastated communities across the country and suppressed our economy by £100bn, but less talked about is the impact on our ability to tackle the climate and environment emergency.

Under the Conservatives, Natural England’s budget has been cut by 50%, with staff reporting they are barely coping with their basic statutory requirements. The Environment Agency has lost a fifth of their workforce and local authorities have had their funding slashed by 60%.

The investigation by Unearthed and The Financial Times shows that these cuts led to the UK missing key targets on climate change: “The Environment Agency (EA) has used a derogation on the target for many [water] areas, saying that implementing measures to achieve it would be ‘disproportionately expensive’.

“Government has now abandoned efforts to meet its target to conserve half of England’s best wildlife sites by 2020, with a leaked document from the government’s nature body also warning that it is now too stretched to prevent ‘further human-induced extinctions of known threatened species’.”

This sets a worrying precedent for things to come if the Tories are re-elected in December. Dr Fatih Birol, executive director of the International Energy Agency said: “There is a deep disparity between the aim to tackle the climate crisis and the existing policies which had allowed a ‘relentless upward march’ for emissions.” This speaks to governments around the world, but rings particularly true for ours. What the Conservatives promise on the environment is not what they deliver.

In May, Labour tabled a motion calling on parliament to declare a climate and environment emergency. Unopposed by the government, it called for a fully costed cross-departmental plan to tackle the climate crisis and to “restore the UK’s natural environment and deliver a circular, zero waste economy.” The deadline for this plan to be published was the November 1st, yet we heard nothing from the Prime Minister. Another missed target and another Tory failure to take action on climate change.

The truth is that the Conservatives have no serious proposals to tackle the climate and environment emergency. Their failure to meet key targets when they have had almost a decade in power to take action shows us they have no grasp of the scale and urgency of the climate crisis. They cannot be trusted to lead us through the biggest crisis facing humanity and must be held to account for driving us towards the cliff edge. Only a Labour government can avert climate catastrophe, get us to net-zero through a worker-led just transition, and restore our natural environment. 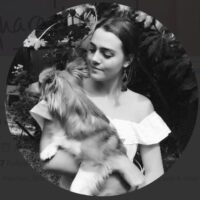 View all articles by Sophie Lethier