If you want to save the planet this election, vote Labour. If you want to create a fairer and more equal society, vote Labour. This is shaping up to be a climate election. Last week, polling found that 54% of voters would be influenced by climate change in their choice at the ballot box and already the call for a climate debate, welcomed by Jeremy Corbyn, is growing. Just today polling revealed the majority of the public favour a decarbonisation target of 2030 or sooner.

On Wednesday, the Green Party launched its general election campaign, announcing their plans to spend £100bn a year on climate action, a welcome reinforcement of the truth that we need massive public investment to tackle the climate crisis. The Lib Dems, meanwhile, announced a pledge of a mere £15bn, which they, with typically lax accounting, suggested would be enough to insulate 26 million homes.

That wasn’t the only thing the parties were unveiling: the Greens announced the formation of a pact with, among others, the Liberal Democrats, the same party who imposed crippling austerity on this country.

Their climate policies are, suitably, a bunch of hot air. Jo Swinson might play up her party’s environmentalist credentials, but in reality they amount to a mere greening of the status quo. Their 2045 decarbonisation target is, embarrassingly, overwhelmingly rejected by her own voters, 3/4 or more of whom want decarbonisation by 2030 at the latest. The only two parties offering that, and the only two ambitious parties on climate, are Labour and the Greens.

While the Greens announced headline aims, Labour has consistently been putting forward radical action on climate change – we’re already designing plans for economic transformation. At the weekend, Labour announced transformative policies to make all new homes zero carbon by 2022 and to retrofit 27 million homes by 2030, eradicating fuel poverty, saving working-class homes hundreds of pounds and lowering emissions, investing hundreds of billions of pounds to build a housing system that works for people and planet, not profit.

This is just the latest in a series of radical climate proposals in the party’s Green Industrial Revolution announced in recent months. During party conference, Rebecca Long-Bailey proposed a new community electric car club scheme and £83bn of investment into majority publicly-owned wind farms as part of a £250bn national transformation fund.

The free energy provided by the party to working-class homes is, along with these community cars and expansion of cheap, high-quality public transport across the country, key to Labour’s ‘public luxury agenda’, whose popularity was demonstrated the YouGov poll, which found that by 46:25% people favour making local bus travel free. We can tackle the climate crisis while building a more prosperous society for all and investing in our communities after a decade of austerity.

This is the key point. Only Labour can close the divide between climate and class politics that has grown in recent years, and that was brutally exposed in the Extinction Rebellion tube protests. Only Labour can take along working people with us in the transition from a fossil fuel economy to a green one. At Labour conference, our socialist Green New Deal motion passed a groundbreaking 2030 decarbonisation target, under the provisos that the transition be paid for by the wealthiest and that it must ensure a just transition for workers.

Seven trade unions, including Unite and UNISON, backed that motion, a historic moment. There can be no Green New Deal without a just transition and the consent and leadership of workers; we need a new economy for working people, anything less risks the whole transformation. Disappointingly, however, a leading Green politician attacked the motion at the weekend as an unnecessary concession to ‘the unions’.

This lack of class analysis is reflected in a tendency towards eco-austerity which risks turning people against the rapid economic transformation required to tackle the climate crisis, exhibited in recent furores over Green stances on hospital parking charges or meat taxes, where ordinary people pay for a green transition.

Labour is clear that the system wrecking the planet is the same system wrecking the lives of working-class people, and we need a Green New Deal for both. That’s why this weekend’s climate announcements were accompanied by a renewed push from Shadow Chancellor John McDonnell to make the Big Polluters pay for the climate transition, not ordinary people.

Many in the Green Party recognise this truth, and the historic juncture that we face, that this is a climate election even more than a Brexit election. That’s why several local Green Parties have stood aside for Labour in key marginal constituencies like Scarborough and Calderdale, citing Labour’s radical Green New Deal agenda as a key factor in their decision.

This is a once-in-a-generation election. Britain cannot take another five years of Tory rule, and any hope for rapid decarbonisation to limit climate catastrophe would be seen off by a Conservative re-election. We face a stark choice between Labour’s transformative Green New Deal which will tackle the crisis and build a new economy by and for the many, and Johnson’s Tory nightmare. In the UK’s first climate election, with so much at stake, there’s only one choice, and that’s Labour. 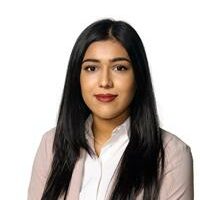 Mancyia Uddin is a Labour for a Green New Deal activist and councillor for St Helen’s.

View all articles by Mancyia Uddin