As a Labour activist in London, I know that turnout is key. The votes are there, we just need to make sure those people get to the polling station and cast their ballot papers. The name of the game is GOTV because a local Labour campaign in my area is only as good as its get-out-the-vote operation. I hadn’t given much thought to any other way – until I visited Glasgow North East.

“In 2017, I was selected with no realistic expectation of ever being an MP. I had no resources. I was working out of the boot of my car with about five people,” Paul Sweeney tells me. He was first returned as the MP for Glasgow North East at the last election, which was a happy surprise – although it used to be a safe Labour seat, it went SNP in 2015 as so many other similar constituencies did. The SNP’s Anne McLaughlin unseated Willie Bain, who had represented the seat since a 2009 by-election triggered by Commons Speaker Michael Martin stepping down. And she had won it with over 58% of the vote.

Paul turned the seat red again with 43% of the vote, and a majority of just 242. The crucial fact is that Glasgow North East had the lowest general election turnout – at 53% – of any seat in the UK. For context, it was 71% across Scotland as a whole. The uncomfortable reality is that Labour only gained 883 votes between 2015 and 2017, whereas the SNP lost over 8,500 votes, which means low turnout among 2015 SNP voters swung it for Paul.

Labour’s continued success in Glasgow North East may be heavily reliant on low turnout locally, but naturally it is not something Paul celebrates. I ask him, will it be the same on December 12th? “Yeah, probably will be,” he replies. “That’s the sad reality. Non-voters aren’t necessarily shifting.” The problem is related to the high levels of deprivation in the seat, the candidate agrees. Paul favours a radical solution: “Personally, I think we should legislate for compulsory voting in this country. Certainly we could have a ‘none of the above’ box, but I think people should be obliged to undertake their civic duty to vote.”

“In this constituency, the people who most need a Labour government aren’t the people who are voting for it,” Paul concludes. “We should certainly have elections on weekends, and ideally not in winter.” He reckons the UK should treat general elections similar to the way Australia does, with “barbecues” and so on. “Make a thing out of it.” But for now? “This seat’s had the lowest turnout in the UK for years. I don’t think my being the MP is going to change that. I’m not so arrogant as to assume that’s going to happen.”

Of course, low turnout isn’t the only advantage Labour has in this key Scottish marginal. Now that it is being treated as a defensive seat, there’s a lot of people power. Paul says: “We’ve got a great army of activists, we’re fully fundraised and have campaign rooms to operate out of.” The volunteers are made up of newbies as well as seasoned activists, and their politics are varied. There are a number of ‘Yes’ voters among them, Paul confirms.

“2014 was a long time ago. The dynamics of that campaign, the way Labour was defined as a ‘No’ party, has totally gone. This is about socialism,” the candidate argues. But I’m a little surprised by what I hear on the doorstep from previous Labour supporters (I’m talking about people who were recorded as having voted Labour in 2010, not 2017). My first door offered up a couple who were adamant that they would vote against Labour and choose SNP. Why? “I’ll never forgive Gordon Brown for sharing a stage with David Cameron in 2014,” the husband replied. We came across quite a few SNP voters while door “chapping” (as it’s called in Scotland), but the other Labour activists reckoned most wouldn’t ultimately cast a ballot.

Independence isn’t the only thing Paul’s helpers disagree on. “My agent voted Leave. My office manager voted Leave. We have disagreements about it but we want a Labour government – that’s the primary thing,” the candidate tells me. Paul is part of the pro-Remain ‘Love Socialism’ group in parliament and I wonder whether he is happy with Labour’s Brexit position, which is not ‘full Remain’. “I was a bit despondent at conference because I was like, let’s just go for it – let’s be Remain,” he says. But he has made peace with it now.

“The Lib Dems being so reckless, it’s actually opened up space up for Labour to say, ‘look we’re just trying to bring the country back together again’.” Paul is not actually a fan of referendums at all; he even mentions that Hitler liked them. “I’m no stranger to binary, divisive referendums – we’ve been through two of them in the last five years in Scotland. And it’s been shit. Really shit.” However, he does think the two-stage process currently backed by Labour is “the only way to heal this issue”.

It must be said that Brexit did not come up once when I went canvassing in Glasgow North East. And yet Paul’s efforts in the local “save the Caley” campaign was actually cited several times during our session as the reason for which residents intended to vote Labour. This refers to the rail maintenance depot in Springburn, which saw many jobs lost recently when private company Gemini decided to centralise work in Milton Keynes. Unite and RMT, along with Paul, put pressure on the Scottish government to save it by bringing into public ownership. That didn’t happen – but Paul’s hard work has been recognised.

There is little doubt that Labour’s best asset in this seat is its candidate. “Paul cannot stop canvassing. He’d be about until 3am if people didn’t drag him away,” a volunteer tells me. In a short space of time, he has built a strong record – being clear on Brexit, active in parliament and a fighter for local campaigns. “I have devoted my entire life to doing this for the last two years,” Paul says, sipping on something called Red Kola as we share a pot of Kinder Bueno ice cream in the campaign room after canvassing.

He laughs off my final question about whether he has leadership ambitions. But there is good reason for asking it. He is only 30. Clearly intelligent and very articulate, with strong politics and job experience in engineering and the military that commands respect, there is no doubt that he is a rising star in the party. As he remarks when I point that out: “Let’s hope I keep my seat then, ey?” 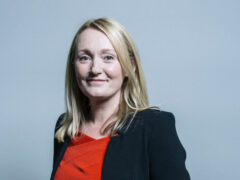 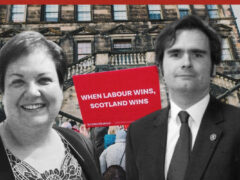 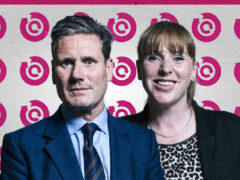