“A bright light on a dark night.” Those were the words of Fleur Anderson, the new Labour MP for Putney, in her victory speech on Friday morning. Against a backdrop of devastating losses in our heartlands, Putney was the only gain of the night. This was a surprise to many, given that the last time Labour won the seat was in 2001 during the Blair years. There were constituencies that were more marginal than Putney, including more marginal Remain seats like Kensington and Chipping Barnet. And yet somehow, in the leafy suburbs of south-west London, Labour triumphed against the odds. As we take stock and rebuild the Labour movement, it is worth understanding how Putney did things differently to buck the national trend.

The candidate and selection

The first and perhaps most obvious reason for victory is that Fleur Anderson is a truly phenomenal candidate. Charismatic and compassionate, she was able to evoke voters’ emotions about the damage the Conservatives were doing to local services whilst sullying concerns about some of our more radical policies. More crucially than that, however, she was the right candidate in the right seat, even though she wasn’t the leadership’s first choice.

Putney is a constituency of socially liberal young families. Fleur embodies this as a local Wandsworth mum, and this meant voters found it easy to relate to her. One of the things we don’t do enough in selections is think about what we need to win the seat, and who is the best placed candidate to achieve that. Far too often, factionalism wins out over pragmatism. This must change if we want to be in government again.

Our local campaign was almost completely disconnected from the national one. Our messages championed the People’s Vote, challenged the “get Brexit done” slogan and questioned the character and fitness for office of Boris Johnson. One of our most effective attack lines portrayed the local Conservative candidate – Will Sweet – as a Boris lackey ready to do anything to become an MP.

We stood outside train stations speaking to voters about Labour’s position on Brexit. This was a particularly helpful argument in combating the Liberal Democrats, who were a real threat in the constituency – as we argued consistently that revoking Article 50 would be undemocratic, wouldn’t resolve Brexit and would cause riots in the streets.

Fleur spoke in hustings about how the Conservative government had betrayed local people, how education cuts had affected local schools and about how business rates were inflicting significant damage to our local economy and high street. These messages cut through because when talking about these things she didn’t just quote facts and figures but told stories about how local people were being affected.

One of the misconceptions about the local campaign in Putney was that Momentum were out in force in the constituency. Whilst it was true that there was an effective ground campaign and some members of Momentum did come to help, most members that came to campaign did so through Young Labour. In the early part of the campaign, Putney did not feature on Momentum’s campaign map – instead sending Labour activists to areas such as Uxbridge & South Ruislip, Chingford & Woodford Green and Wimbledon. It was not a single faction that came to Putney but the whole labour movement.

There were concerns early on in the campaign that the Remain vote was splintering. Best for Britain initially recommended tactically voting for the Liberal Democrats in the constituency. We had to work hard to overcome this by exposing some of the absurdities of the Liberal Democrat campaign and questioning their dodgy bar charts. This was done on the doorstep and on the airwaves, with targeted literature to Lib Dem voters and repeated messaging on local internet forums.

Eventually, after significant efforts by many local members and a poll showing Labour and the Conservatives neck and neck, Best for Britain changed their recommendation to Labour and we had a clean sweep of all tactical voting websites. As soon as this happened, it featured heavily on our core literature and was distributed within days. Having won the tactical voting battle, we then organised special canvassing teams to target Liberal Democrat and undecided voters to get the message across that Fleur was a sensible, centrist Labour candidate and that Putney would be on a knife edge between Labour and the Conservatives.

This election saw, for the first time, new methods of campaigning. There has always been an intellectual tussle between growing the size of the electoral pie versus consolidating the Labour core vote. We did both to great effect. Not only did we do the boring stuff of canvassing voters, gaining information and targeting them with literature, we also had deep and meaningful conversations with community groups and a large-scale voter registration campaign. Putney showed just how new campaigning methods should not replace but enhance and complement traditional campaigning methods.

Finally, there were two elements of the campaign that worked in our favour but were outside of our control. The first was Justine Greening stepping down, who had a significant profile in the constituency and was well liked by non-Tory voters. One of our largest fears of the election was that she would join the Liberal Democrats, which would have been a severe blow to our chances in the constituency.

The second element that worked in our favour was the local Conservative campaign, which didn’t mention Brexit at all and failed to cut through with voters. Their candidate was a Wandsworth councillor who ran on a track record of being an effective local representative, and yet Wandsworth Council is becoming increasingly unpopular with its voters.

We won in Putney despite the national image of the party. Some of our policies went down well on the doorstep, such as the nationalisation of rail and water. Others, not so. If we are to take anything from this catastrophic defeat, it is that we need to have a fundamental rethink of how we best support the people we represent. Are we to be the party of ideology, or the party of pragmatism? 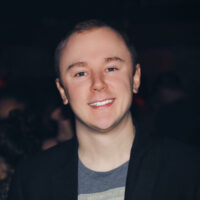 Daniel Shearer is a Labour member and chair of Putney Labour.

View all articles by Daniel Shearer