A record number of 41 Black, Asian and minority ethnic Labour MPs have been elected, and its parliamentary party is made up of more women than men for the first time ever.

The 2019 general election saw the Tories secure 365 seats and Labour 202. It also created the most diverse parliament yet in terms of ethnic minority and female representation.

Labour’s MPs significantly boosted this overall picture across the House of Commons, electing more BAME and women MPs than any other party. 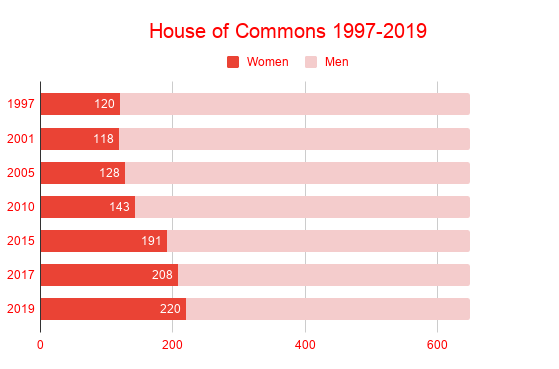 87 of the 365 Tories elected last week were women, compared to 104 of the 202 MPs that Labour has sent to Westminster. This represents 51% of the Parliamentary Labour Party (PLP). 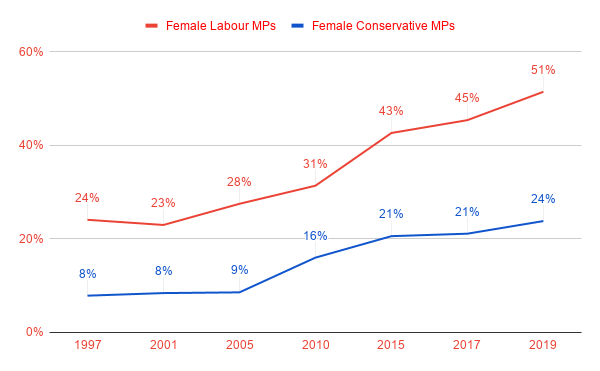 The candidates selected by Labour in the run-up to the general election set the stage for increased diversity among our legislators.

In defection seats, where the incumbent quit Labour to become an independent or joined another party between the 2017 and 2019 general elections, the number of women doubled from five to ten.

In retirement seats, Labour increased the number of women standing for election from six to 14 and the number of BAME candidates went up from zero to seven.

The overall number of BAME parliamentarians now stands at 65, which is 10% of all MPs. This has increased from the 9 MPs from ethnic minority backgrounds elected in the 1997 general election. 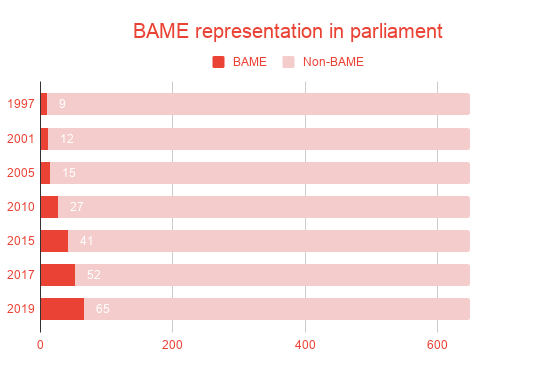 BAME representation in the PLP has risen from 2% in 1997 to 20% as of December 12th. The party now currently has a total of 41 MPs from a minority ethnic background. 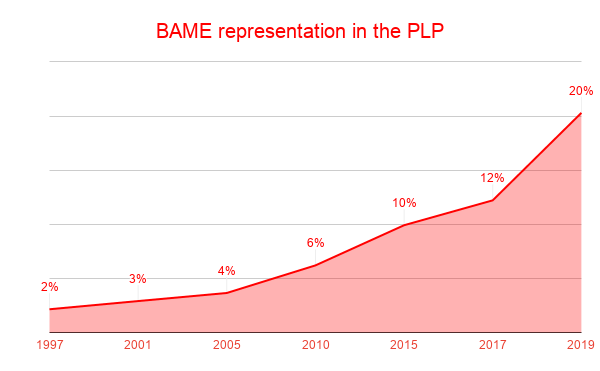 Between 1997 and 2010, the Tories elected less than ten BAME members of parliament at each general election. This rose to 11 at the 2010 general election, or just 4% of all their MPs.

Boris Johnson’s party increased the number of BAME representatives from 19 to 22 in the election last week, but that still represents just 6% of all Conservatives in the House of Commons.