The relative simplicity of Labour’s 2017 message – hope and radicalism – contained within it an intriguing new analysis on how the modern economy works and how it might be changed. Albeit incomplete, it captured hearts and opened up the possibility of developing further to win over more sceptical minds. Only two years later, the message appeared to have become harder of heart, emphasising older narratives and creating unsatisfactory secondary ones. Jeremy Corbyn says that a period of reflection is required to understand what has just happened. Having proudly contributed to the 2017 manifesto, I have part of the answer.

As the referendum result was called three and a half years ago, there was a huge opportunity to transform the direction of our domestic economy. Making laws without interference from the EU opened new avenues for domestic policymakers. There was no monopoly on this excitement – the intellectual underpin of the right’s Brexit strategy will have felt the same butterflies. It was in this fresh spirit that Labour’s 2017 manifesto was written.

The positive reaction to it with a 40% vote share, suggested that something meaningful was emerging. It was clear even then, however, that any new intellectual underpinning needed shared understanding and engagement from all parts of the left for there to be a chance of convincing another 5–10% of voters to support a radical Labour agenda. That challenge has, for now, proved too great, with the painful irony that it is the Conservatives who have just captured parts of the electorate that were never previously open to them.

In 2016, after 15 years in a variety of high finance roles, I resigned from my job with a hunger to bring my background to the cause of supporting the then new Corbyn project. As counter-intuitive as it seemed to many – colleagues, friends and family alike – it was precisely my working in the City that nurtured my sense of the necessity of a radical transformation of the country. As a market participant, there were aspects of the global financial crisis and the policies to counter it that cried out for a new and radical political agenda for the left.

I increasingly believed that at some point in the post-war era, a break in common storytelling occurred: the lowest-common-denominator story that is understood by voters of all colours. It is the story of how the modern economy is actually run. Not understanding it means an inability to explain how it can be changed. Through initially reconnecting with the political economy of the past, my conclusions were that our collective understanding of the mechanics of the modern economy started to break down in the 1970s; that they were to the accidental benefit of the right; that they have not been understood by the left; and that a proper understanding would create significant opportunities for a credible and radical agenda that only the left could fully unlock. It was in this spirit that I approached the shadow Treasury team to see if I could help.

My contribution to the national investment bank policy for the 2017 manifesto was my attempt at beginning to match practical and radical solutions to a better understanding. The looser global economic framework of the last 40 years has allowed first banks and then central banks to be primary actors, rather than conduits, of the economy. That there have been no significant consequences that can truly be pinned squarely on governments of the right has only been possible through the distributive impacts of those activities over time – although they increased inequality, they did so over several decades and many parliaments.

Corbyn was right to make these connections intuitively and he was onto something very significant in his early days. When talking about a ‘people’s quantitative easing’, he was asking a deceptively simple but very powerful question: if state actors can successfully stabilise economies through shock and awe by propping up the rich, are there not versions that can grow our economy by improving the lot of the poor? The opportunity to broaden and develop this thinking was implicit in the 2017 banking policy.

There were, to my mind, very strong electoral rewards for developing this new political economy narrative. First and foremost, it squarely challenged the simplistic notion that our economy grows exclusively through hard work and entrepreneurship and that any interference is therefore unfair. Second, it would allow for the development of new economic policies that did not emphasise taxation, nationalisation or borrowing. And third, it opened up a modern and decentralised approach to policy-making that could credibly outline how you could fund left-behind regions and communities. The key prize within the left was that the narrative could unify both radical and third way views of the world. But that prize came with a challenge: by definition a newer understanding would require some humility from all shades of the left. If that work could be done, a coherent new political economy could be taken by a unified party to the electorate.

The courage to do that work after 2017 was absent. Instead of outlining an overarching, straightforward and positive narrative, in 2019 Labour confused the woods from the trees, presenting longstanding voters with the weeds – the numbers and costings hinting at protesting too much – and then bolting on an attempt to harness the young to something more abstract – green in two senses. I cannot blame them, given how tantalisingly warm the leadership initially got to in understanding and then trying to explain a new policy framework based on a hard-headed view of our economic system. The sense of a missed opportunity is great. Especially as it could have allowed for governing with freedom and confidence to achieve both economic growth and social justice. And with an agenda that would be just as radical, and more pragmatic and deliverable, as the one that Labour has just had rejected. 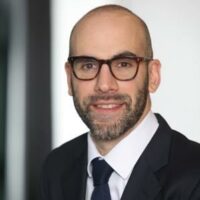 Leandros Kalisperas has worked in banking, pension fund and asset management environments over the last twenty years. He took a career break in 2016-2017 to revisit areas of political economy interest and to help write Labour’s 2017 general election manifesto.

View all articles by Leandros Kalisperas