The first challenge for Labour’s new leader is to move the party on from Brexit. Accept it is going to happen and it was voted for in a referendum. Continue to refight the 2016 referendum will only further alienate many Labour voters. Brexit is going to be done – we need to move on and certainly not appear to be trying to stop it.

The third is to win back those traditional Labour voters in the Midlands, North and Wales who voted Conservative for the first time, or did not vote at the 2019 election. They need to feel that Labour is their party, that it is standing up for them and their communities. Many do not believe this to be true, and we need to talk their language. They must know that their concerns are our concerns.

The fourth challenge is discipline. People who attack colleagues or the party need instant expulsion. Disagreeing over policy is good, and we all have different views on policies and priorities – this is acceptable and necessary in a democratic party. But engaging in attacks upon other party members is not acceptable and should lead to expulsion. That goes for MPs as well as ordinary members. To engage in continual criticism of other party members only aids the Conservative Party.

The fifth challenge is Scotland. After the catastrophic decision to campaign alongside the Conservatives in the independence referendum, our vote has collapsed. We need a second independence referendum in Scotland, where we need to challenge the SNP on the currency to be used in an independent Scotland, the central bank or lender of last resort, redistribution of civil service and armed forces, pensions, debt share and a trade agreement. We should campaign for devo max: maximum devolution for Scotland but with the benefits of belonging to a larger country.

The sixth challenge is dealing with the environment and climate change, which is an issue that we need to make a Labour issue. Climate change is happening and whilst some on the far right deny climate change, they cannot deny its repercussions and the change in weather. Between 1900 and 1920, Britain had no major floods, but we have had 12 between 2000 and 2020. We need to enthusiastically support measures such as zero-carbon housing, electrical vehicles and large-scale tree planting as part of our campaign to stop climate change and improve the environment.

The seventh challenge is poverty and poor housing. Far too many people live in poor housing conditions and rely on friends, family and food banks. We need a policy of large-scale council house building to deal with the problem of both homelessness and people living in expensive substandard accommodation. We need to be the party standing up for the poor and underpaid. We need to challenge head on exploitative contracts and support the payment of the real living wage. We need to return to people being directly employed by the companies they solely work for not being treated as sub contractors.

The eighth challenge is to deal with personal attacks on the leader. No more turning the other cheek: if someone slanders or libels you, take court action. Learn from the way Lord McAlpine defended himself against both the mass media and also against people repeating untrue allegations on social media.

Finally, we need a coherent manifesto with a vision for the future that resonates with our voters and potential voters. We stand for a fairer society and an end to the exploitation of people and the destruction of the planet. We need to say this rather than produce a long shopping list. 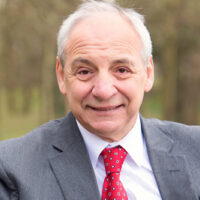 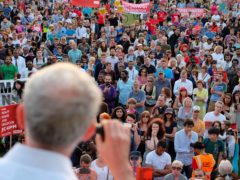