Clive Lewis has suggested that there should be a referendum on the British royal family and the future of the monarchy in the United Kingdom.

Following a speech in Brixton used to launch his leadership campaign, Lewis said: “Why not have a referendum in this country in the future of the royal family? Let the British public decide the future of the monarchy and what shape it should be.”

The contender for the top job made the comment after Prince Harry and Meghan Markle announced they would be “stepping back” from royal life and considering a move to North America.

He suggested he had no problem with the decision from the couple and suggested that this might be “a model” for how the royals would operate in the future.

The Norwich South MP was also asked whether he thought Labour could win a general election without cooperating with the Lib Dems. He replied: “We are not going to compromise on our values, on our socialism, to get into be with them… My challenge to the Lib Dems would be: move to the left, become a progressive party again.”

The candidate has also suggested that Labour would engage in cross-party working with the Greens on a green new deal project, should he become leader.

On the question of Scottish independence, Lewis said that his party should not oppose “legitimate” calls for a second referendum. He added: “We can’t call ourselves democrats if we ignore what Scottish voters are telling us.”

Lewis was asked whether he had a realistic chance of staying in the leadership race, as he currently has only four of the 22 nominations from MPs and MEPs required to pass the first stage of the process.

The leadership hopeful replied: “There are still around a hundred Labour MPs yet to nominate… I’m completely confident that come Monday we still have a fighting chance to get over the line.”

But there are in fact only 63 MPs and MEPs who have not yet cast their nomination papers, including 57 MPs, and it is typical for a number of parliamentarians to choose not to nominate any candidate. 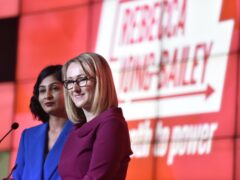 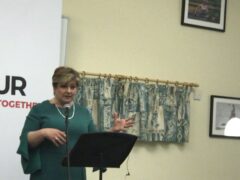 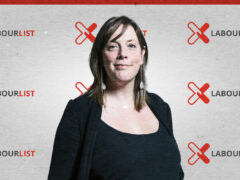