I need to write. I have been meaning to write since the general election, but I have been numb with an anger that has left me unable to string a sentence together or make sense of what has happened. The gloom seems unrelenting – there appear to be no shafts of light or hope on the horizon.

My family helped to build the labour movement in Cumbria. They participated in the general strike, organised whip rounds in the coal mines for the Jarrow Marches and went door-to-door collecting subs and selling raffle tickets. Before that, they were Methodists, preaching a gentler gospel that encouraged self-help, community spirit and solidarity.

Over the course of the 1700s, John Wesley visited Whitehaven 25 times, making a beeline for the coal miners, shipbuilders and factory workers of the west coast – no small feat on horseback through the mountains of the Lake District. He perhaps had more influence on shaping the collectivist culture and values of the west coast than any other person in history. People were their brother’s keeper – and woe betide anyone who thought otherwise.

For centuries, West Cumbria had the most deadly coal mines in Europe – fatalities among coal miners were sadly an all too familiar part of life. And if your neighbour was killed, it was expected that you would care for their children. Not out of some grandiose act of charity, but as a duty and an expectation on all decent people. Communities were also tight-knit, and this was both a blessing and a curse. If you were rude to someone’s great aunt, you could be sure that everyone would know by the end of the day. And you would not easily be allowed to forget.

This collectivist culture meant that for decades, many people in Copeland and Workington had a fierce allegiance to the Labour Party. This is not clearly reflected in the general election results as the industrial west coast only makes up about 60% of these two constituencies with the remainder being the rural, traditionally Conservative hinterlands of the Lake District National Park. But what it lacked in width, it more than made up for in depth, with families staying loyal to Labour from generation to generation.

It is important to appreciate that when a Tory avalanche swept away every Labour seat in Cumbria on December 12th, it was these Labour voters that were lost from the party. Tory voters will mostly always be Tory along with some UKIP. But the politics of West Cumbria are such that it would be impossible for the Conservatives to take these seats on the kind of majorities they have without taking a decent chunk of 5th generation Labour voters.

It is this that I find the most gut-wrenching, soul destroying part of the election. We have lost the support of Labour voters whose values have been shaped over the course of 250 years. These are the voters who – across the country – have been in floods of tears on the doorstep, confessing with a deep sense of shame that they would vote Conservative for the first time in their lives.

This didn’t happen overnight. Ten years ago these voters were very grumpy with us, but they remained loyal. The Thatcher and Major governments had absolutely decimated West Cumbria – something that still haunted people for decades afterwards. New Labour did much to rebuild but did not go nearly far enough. New jobs were created – many low paid roles in call centres and the tourist industry. But people wanted the ‘proper jobs’ back. Jobs in the factories, steel works and coal mines.

Britain’s energy coast masterplan did offer concrete hope, but these kinds of nuclear and renewable energy projects take decades to come to fruition. And progress could never be fast enough. Once the coalition government came in, many projects were scrapped as part of the austerity programme. ‘Building schools for the future’ projects were scrapped – and money to remodel the local hospital was pulled. This served to undermine Labour’s lasting legacy in these communities.

The civic hall closed along with the county court and other town services. I remember one relative saying during the EU referendum campaign that she was voting Leave, along with everyone she knew, because “the town has gone to pot and something’s got to change”. She was absolutely right that the town had gone to pot – but that was because of the coalition government, not Europe. Far too little was done to communicate this to voters. People quite rightly believed that things could not stay as they were. And we never had an answer to that.

In places like West Cumbria, it is Labour who are the establishment – and it was Labour councils tasked with making savings. And so it was Labour who shouldered a lot of the blame for much of the austerity at a local level. Labour’s legacy as the political establishment also undermined their campaigning activities. In Copeland and Workington, the Labour vote was highly concentrated in the urban and ‘pit village’ wards. As recently as 2010, you could canvass whole streets of solid Labour voters. But this meant some places were neglected.

Historically, there were some wards that could elect Labour councillors without so much as a leaflet being delivered. A lot of work was done to remedy this in the 2010 general election when Copeland had a ‘marginal’ status in the national campaign. But there was a vacuum into which the BNP could take hold. While they were eventually rebuffed, they were essentially replaced by UKIP as the party for disaffected voters in Labour wards. Ironically the popularity of these parties in otherwise solid Labour communities was as much driven by people’s aversion to the Tories as their disaffection with Labour.

Since 2015, Labour has not only lost Copeland and Workington, but also numerous of these previously rock-solid Labour wards to the Conservatives. Wards that, only a few decades ago, were returning Labour councillors in uncontested elections.

What happened? These places have changed. They lost people of working age who have left to find work elsewhere, gained retirees from elsewhere and the generations of coal miners and manual labourers has gradually died out. Despite this, Labour voters had previously stuck with us when they had every reason in the world to be disaffected.

I want to suggest that something else seismic happened. The Copeland by-election ought to have been the canary in the coal mine. It ought to have sounded the alarm bell that Labour was getting things very, very wrong. But we were never able to voice that because debate within the party was shut down and any criticism of the leadership was silenced. Yes, we lost the Copeland by-election because many voters didn’t trust a Jeremy Corbyn-led Labour Party to deliver nuclear new build at Sellafield. And yes, Brexit has been an important issue for voters since 2016. But there were deeper issues that any proper post mortem into that by-election ought to have uncovered.

Communities like Copeland and Workington – and I believe similar communities such as Northwest Durham, Bishop Auckland, Blythe Valley, Rother Valley and Don Valley – have their own very distinct set of values. Those values are hardwired into the communities and their people. They are hardwired because they are so close knit. But over the past four and a half years, a very distinct form of socialism – Corbynism – has been presented as the only version of socialism that exists.

If you are not fully sold on the Corbyn project, you are not really a socialist. These communities, with their very own distinctive form of socialism, won’t buy that. People are incredibly patriotic: they support our troops over and above armed uprisings at home or abroad. They demand common decency of people and are repelled by stories of bullying and intimidation. And they demand solidarity, not factional fist fights.

They expect their MP to turn up on their doorstep in their best suit and look like an MP – just like they expect an aspiring PM to look like a PM and act like a Prime Minister, but with that comes a respect for authority that is undermined by MP deselection campaigns. Paradoxically, it is the socialism of these communities that was repelled by Corbynism. Canvassers couldn’t get a hearing on policies like the Green New Deal because voters did not think we shared their values.

This could have been overcome with some modicum of humility. Some recognition and understanding of Labour’s rich and diverse political history. That socialism expresses itself very differently in Islington to Islwyn. That all voices needed to be heard at the top table, that the broad church should be represented at every level in our party. That dismissing the people of Copeland and Workington as Red Tories because they were sceptical of Corbynism was actually really offensive – and deadly as a political strategy.

I am angry because what happened was all too predictable. And, what I warned of back in 2015. I am angry because I have felt silenced from being able to express this since then in the name of ‘party loyalty’ – even in the face of the catastrophic loss of the Copeland by-election. But what angers me most is that, despite the loss of previous Labour bastions like Copeland and Workington, too many party members want to carry on as if nothing has happened. With the same leader, the same shadow cabinet, the same staff at head office and the same policies.

Memes and petitions have gone viral this holiday period. And actually I feel deeply and profoundly insulted. The loss of these bastions mean nothing to people. The memes claiming the election result wasn’t that bad erase these places from the political map – like they don’t exist. And, most importantly, I’m angry that decades upon decades of hard labour by activists to build these bastions in the first place has been swept away in order to keep one party leader in office and our current membership happy. That is not a price we should ever have been prepared to pay. Members would provide me with some solace if they could accept that. 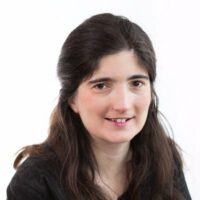 Rachel Burgin is a Labour member and stood as a parliamentary candidate in Hitchen and Harpenden in 2015.

View all articles by Rachel Burgin