Every conversation in the Labour Party with someone you haven’t seen since December 12th begins with “how are you doing?”. This is met by a heavy sigh and a deflated: “Yeah, I’m ok thanks. Gutted about the result. Got to keep going, I guess.”

The result of the election was devastating. A project that provided hope for so many, and the promise of a different, fairer way of doing things, has been inspirational. It was crushing to see it swept away by a toxic mix of Brexit, a cynical campaign by the Tories, the fact that some of our own policies were perceived as irrelevant or unrealistic, and of course the media’s continued battering of Jeremy Corbyn. Any politician would struggle in the face of that onslaught.

Five more years of Tory rule loom. It is terrifying to think what they will do to the NHS, schools, housing, trade unions, and those unable to work. Not to mention the impact of the inevitable excuses they will make for big business so they can avoid playing their role in tackling the climate emergency. But we must remember: all is not lost. As we dust ourselves off, and begin to look to the future, the left of this country has every reason to hope.

Jeremy Corbyn’s leadership has undoubtedly changed the political debate. It’s no longer credible to talk about the need for more austerity. Theresa May tried to convince us that ‘austerity is over’, and Boris Johnson ran a campaign promising to invest more in public services. We no longer talk about ‘scroungers’; we no longer produce mugs boasting about controls on immigration. ‘Nationalisation’ is no longer a dirty word. The 2017 manifesto, which won us over 40% of the vote, must be the starting point of the policy platform for the next leader.

Corbyn’s leadership has also changed the party for the better, into one that is more democratic. Of course there are always improvements to be made, and I look forward to the leadership candidates setting out exactly how they will build on the changes already made. But since Corbyn came in, members now have more of a say – not only on who is leader but who gets on the ballot paper, who their candidate for parliament is, and to express their dissatisfaction with that candidate in a meaningful way through the new and improved trigger ballot process. Some MPs themselves, while they were unhappy with the changes to the trigger process, admitted their relationship with their members was closer than ever.

Labour Party conference in 2019 demonstrated this increasing power of the membership in policy-making. Members fought hard to push their policy priorities. There were compositing meetings, where the members in conjunction with the relevant shadow cabinet members agree on the wording of the motion to put to the floor of conference to be voted through. To avoid a public argument, party leaderships will always want just one motion, their motion, to go to the floor. But the membership had other ideas.

The composite motions on Brexit, the green new deal and the abolition private schools were split. It was the leadership position versus another position, set out by members who wanted to shift our policy. This is a nightmare for our political management: we tried to avoid public rows on all of the above issues by brokering agreements in back rooms, in the hope of getting a single motion. But members stuck to their guns and insisted on their policy positions going to the floor to be voted on. Their voices really counted in the formation of our policy. This is something that should be welcomed. As the competing motions battled it out, the atmosphere in the conference hall was electric.

The trade unions – the industrial might behind our party and its founders – are no longer treated as the ‘embarrassing auntie in the attic’, wheeled out when we need a bit of cash. Ed Miliband’s leadership was plagued by accusations of being in the pocket of the ‘union bosses’. Indeed, the Falkirk fiasco was partly due to his desperation to be seen to face down Len McCluskey.

Under Jeremy Corbyn, the attack lines on being in the ‘pockets of the unions’ have disappeared. A leader who was unashamed to be a trade unionist, and to work closely with trade unions, has strengthened the links between the party and the unions, and put workers’ rights at the centre of the debate. Instead of being seen as a cash cow, unions are now central to party democracy and policy development, where they are welcomed to the table. Their expertise and contributions are essential to the project. Corbyn’s leadership brought in the formation of the shadow ministry of employment rights – led by the formidable Laura Pidcock – which promised to create a ministry in government dedicated to the strengthening and protection of people in work. The next leader must commit to this policy promise and build on this constructive relationship.

As we go forward into five more years of opposition, our great strength will be the newly established left. Our activist base was unparalleled in the election. Members were out in the freezing cold and rain, night after night, and regularly travelled by coach, train and car to marginal seats miles from their homes to fight for a Labour government. Those members aren’t going to disappear. With the right leader, that base will only get stronger, more experienced, and more confident.

We also now have highly experienced professionals who have vast networks in politics, the media, and beyond. New left MPs are being supported and guided by those who already understand the madness of parliament, so they can hit the ground running and make an impact from the beginning, rather than be paralysed by archaic and confusing institution. There is a new and growing left media in Tribune, Novara and smaller but highly effective left-wing sites, who present a different narrative and challenge the mainstream media on a daily basis. These pioneers must be celebrated and supported.

Westminster is no longer the centre of the debate. The left has come a long way since the 2015 leadership election, and we must use our skills, experience and networks to go back out into the country and win back trust from Labour voters. This can only be done by organising in our communities, our workplaces, our unions and within the party, and ensuring the Tories are held to account over every tiny step they take. By building on this activism and experience, we can put up a resistance to the attacks the Tories will bring in, and challenge the establishment from the grassroots up. If we remember how far we’ve come, and use what we have built, we will grow into a much more powerful force to change society. 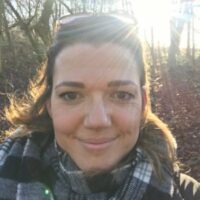 View all articles by Amy Jackson