Reflecting on the general election defeat

The 2019 general election was a disaster. The result was devastating on many levels. Labour gained the lowest number of parliamentary sears since 1945, losing many seats that had been Labour-held for generations.

Labour’s national executive committee (NEC) began with a conversation about why Labour lost and where we go from here. In order to hold this debate, we need to be open and honest with ourselves and each other. We need to resist the temptation to try to select facts that support our worldview, ignoring other facts that inconveniently do not. It can be hard to do this in a highly politicised climate and particularly during a leadership election. Nevertheless, it was a good start to discussions. A special NEC meeting will be scheduled to allowed more detailed conversions and will include the new Leadership team.

NEC member contributions included: questions and comments on strategy; seat targeting; resource allocation; candidate selection; messaging and communications; policy; the relationship between community organising and traditional doorstep canvassing; Brexit; leadership; the role of the media; demographic of members compared to demographic of voters; the future of the UK as a union; the echo chamber of social media and more.

While there is likely to be some time before another general election, vital elections are taking place in a few months. This includes important council elections, mayoral elections and police and crime commissioner elections. There are also key votes in Scotland and Wales in 2021 that we need to prepare for. It is vital that we do everything possible to support these important elections. We can’t afford to let the leadership contest distract or detract from this work.

Richard Corbett, leader of the European Parliamentary Labour Party, gave his final report to the NEC. The committee warmly thanked Richard for his service and praised the work of all Labour’s MEPs and their hardworking staff. Sadly, the contributions of MEPs are often unseen. Jeremy Corbyn thanked them for their work standing up for workers’ rights, human rights, consumer and environmental protections and other important issues.

Labour will retain its membership of the Party of European Socialists, and will continue to build and maintain close relationships with our European neighbours.

Labour now has over 580,000 members. This is the highest membership figure Labour has ever recorded – accurate records are only realistically available from the last 40-50 years. The new members bring an extra £5m a year, providing welcome funds as we work to rebuild and prepare to meet future challenges. Engaging and retaining members is a key priority.

Much of the Democracy Review work has been paused during the general election and leadership race. The new leader and deputy leader will no doubt want to been involved in future discussions and may have their own plans for changes to party structures and functions.

One of the most significant areas to be discussed is the future of Labour’s national policy forum (NPF) and the policy-making process. NPF elections for this year have been postponed until next year. Policy commission topics will be discussed and confirmed at a future date. The new leader and deputy leader are likely to have views about future priorities and it makes sense to pick up discussions after the leadership election is concluded.

We agreed measures to make the NEC more accountable and transparent. This includes publishing agendas and minutes of meetings. The general secretary also offered to help circulate members’ NEC reports. 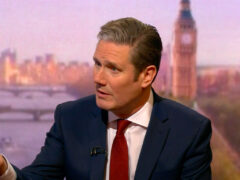 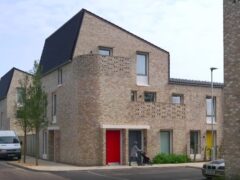