Since the start of this leadership contest, Labour members have been told it’s a two horse race. Today it is clear that is no longer the case. Lisa Nandy’s nomination by the GMB means she is a serious contender to lead our party, and that can only be good news.

The scale of our defeat in December makes this the most important leadership election in a generation. We need a leader who has the vision to see a path back to power in 2024 and the bravery to take us there. There was a lot to be proud of in our general election campaign. But we also need to be brutally honest with ourselves that we lost, and lost badly. A few tweaks to our policy platform and a new man at the top will not be enough to deliver a Labour government in five years’ time.

Lisa’s vision is one that could unite our party. Looking beyond the ‘Red Wall’ of constituencies that we lost in 2019 and towards a red bridge that can bring together all the communities in the Labour movement. To be a party that is not ashamed of what we stand for and is deeply rooted in the communities we seek to represent. It is a vision that inspires members, which is why after Saturday’s hustings in Liverpool there was a queue of people waiting to speak to Lisa and tell her she’d changed their minds about who to vote for. Just as important, it’s a vision that can reconnect with voters. From Ashfield to Grimsby, people who turned away from Labour say they would vote for us again with a leader like Lisa.

Alongside vision, we need bravery. The person who leads our party needs to be able to take tough choices so that we can be in government again. That doesn’t mean sacrificing our values, but it does mean saying things that it may be hard for us to hear as a party. Lisa has consistently shown the bravery she has as a leader. She took a strong public stance against antisemitism from day one, and as chair of Labour Friends of Palestine has made it clear that you can stand with the Palestinian people while standing against all forms of racism.

The next five years will be some of the toughest in our history. We are up against a Conservative government with a large mandate and a populist Prime Minister who will say and do anything to hold onto power. We need a leader who can draw on all the strengths of our movement and forge a path back to power. Lisa Nandy is the only candidate who can take on that task. 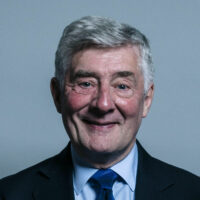 Tony Lloyd is MP for Rochdale, Shadow Secretary of State for Northern Ireland and for Scotland.

View all articles by Tony Lloyd