I have spent the last two years campaigning for Labour to fight for a future inside the European Union. Remain Labour was a grassroots organisation that I set up with a simple conviction: Brexit would hit hardest those who have least. I believed it was the responsibility of the party to stand against a project that would do most damage to our poorest communities.

Despite the best efforts of our organisation, the leadership not only failed to make a principled and consistent argument for the benefits of EU membership – it failed the communities we were founded to represent. Culminating in the 2019 election, we lost the trust of the people who most needed a Labour government. We didn’t lose because we were ‘too Remain’; Labour lost more votes to pro-Remain parties than pro-Leave parties in December. We lost because there was no trust in our candidate for Prime Minister, our economic policy or in our ability to govern.

In the wake of such a devastating defeat, Labour must have the courage to change. A small steer back to a pre-Jeremy Corbyn era will not be enough to overturn Johnson’s majority of 80 and a Conservative lead among voters of every single social class. We need root and branch change to be serious contenders for government. I believe Jess Phillips is the leadership candidate who understands the scale of this challenge and is best placed to help us reconnect with the country.

I suspect that very few people doubted Corbyn’s sincere belief in the need for better public services and a less unequal society. But they doubted his ability to deliver it. Jess understands the need for us to be credible as well as radical, as evidenced by her immediate intervention into the debate on the future of social care. We desperately need a national care service that properly funds social care across the country, but it can’t come without recognition that it needs more money through the tax system. Labour will need to be bold to meet the social and economic challenges of the next decade, but we won’t stand a chance if our answers are not seen as costed and deliverable.

In the best traditions of the Labour Party, Jess is a proud pro-European and internationalist. She signed our Remain Labour pledge during the election campaign and was one of several Labour MPs who embraced it, despite representing a seat that voted Leave in 2016. Jess memorably said: “I might lose my job, but the jobs of my constituents are more important.” As someone who has spent a lot of time making the pro-European case over the last two years, I have no doubt that if she is elected as leader, we will have a champion for a close relationship with the EU and a fierce critic of Johnson’s vision for a post-Brexit UK.

Jess is a campaigner who stands by her values and will confront injustice wherever it appears. From a distance, I was personally struck by two contrasting moments in the last couple of years. Firstly, standing up for LGBT-inclusive education – literally outside the gates of her local school – never taking a backward step in the face of a fierce reactionary movement. Secondly, by bringing parliament to a sombre standstill by courageously reading out the names of all the victims of domestic abuse, to raise awareness and demand action.

Jess has not only pledged to speak truth to power, but she has a proud history of doing it. She is a politician of conviction and I believe she is the leader we need to change the Labour Party, rebuild trust in the country and start the journey back to government. 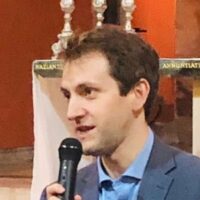 View all articles by Andrew Lewin