Following the devastating results of the general election, it is now more important than ever to keep City Hall Labour. The Conservatives are out to reclaim Barnet and Camden, emboldened by their three re-elected Barnet Tory MPs on increased majorities. One only has to think back to the days of Brian Coleman to remember what Tory representation in this seat looks like. It’s easy to think that any constituency containing Camden is relatively safe for Labour, however with nearly two-thirds of the public vote coming from Barnet, we have only ever won this seat by standing a candidate with a strong record in that borough.

Uniquely as a candidate, I have lived for a decade in each local authority. I’ve been a governor of two Camden schools and continue to be a parent governor of Camden’s largest comprehensive, which my children attend, along with serving as vice chair of a Barnet primary. Over the past three winters, I’ve volunteered on the overnight shift with Camden’s C4WS homeless project and met so many residents who have fallen just a couple pay cheques behind and ended up in the homeless. Our housing system is broken and as your assembly member, I will do all I can to push for more social housing.

In the 2018 local elections, I was the only Labour gain in Barnet in a night of heavy losses, winning a super-tight marginal seat for Labour in Childs Hill for the first time in over 40 years. Great campaigns are about great teamwork, which is what we will need to retain this seat.

As a councillor, I have seen first-hand how Barnet’s right-wing Tory administration hurts the very people and communities they are meant to serve. I work to empower communities while campaigning around environmental, educational, health and housing issues. I get through mountains of casework every week. As the only Labour councillor in my own ward plus the three nearest wards, residents come to me when they feel their Tory councillors won’t help or don’t care.

Camden council is an inspiration; by putting residents first even at difficult times, Camden has been able to build council housing, improve the environment and keep the Camden family of schools together. Through my work with Sure Start in Kilburn, I came to realise the difference Labour in power makes to communities and was inspired to join the party 12 years ago.

Our assembly members hold the mayor to account and ensure we get the best out of regeneration schemes, social housing, the fire service and policing. In times of ongoing austerity, this is the body that provides a buffer for London from the worst of the Tory policies, but it too is constantly undermined by cuts at every level.

I know how powerful local people can be when they organise together. I am chair of my residents’ association and a member of the Cricklewood Town Team, a body that brings together residents from Brent, Barnet and Camden to improve our local town centre. Through this, I led the campaign to successfully save the green space in the centre of Cricklewood from the developers of the Brent Cross Cricklewood regeneration. The Town Team has transformed our local train station from eyesore to pride of place, with community gardens and art work.

I have worked with our current assembly member Andrew Dismore, on housing schemes and waste sites planned for the Brent Cross regeneration, and want to continue this work as your next City Hall representative. I’m grateful for his support, along with councillors, members and residents in both boroughs. Ballots went out yesterday, and I would love to have your first preference vote. 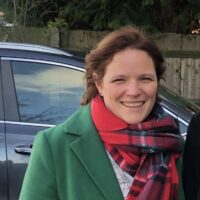 Anne Clarke is a Labour councillor in Barnet, London.

View all articles by Anne Clarke