The future of the party’s policies will, of course, depend on who is the new leader. Once elected, the first clues as to the future will be in the shadow cabinet appointments, and then it is a case of time will tell.

There are many labels used by the media with respect to the Labour Party. We have all heard ‘Blairite’, ‘Brownism’, ‘Corbynism’, ‘moderates’, ‘left’, ‘centrists’ and so forth. The use of such terms suggests – and is intended to suggest – division. Such terms are rarely applied to the Tories.

Yes, we may have heard of ‘Thatcherism’, but that’s about it. Does this mean that they are, and have been, united? It was in the 1980s that the Tories were divided – along the lines of whether they should continue with the post-war social democracy consensus or abandon it.

The Conservatives demolished much of what social democracy achieved. Their divisions were about whether British capitalism could be best served inside or outside of the European Union. We all know the outcome.

What of the Labour Party? We, too, turned away from social democracy and accepted much of what the Tories did from 1979 to 1997. The party accepted it because it did not seek to reverse it. That is the key point. Labour won three general elections but lost five million voters. This sowed the seeds for the 2019 defeat.

By returning to some of the policies of social democracy in 2017, the party regained many of the lost votes – then lost them again in 2019. So, friends which way do we now travel? The choices are stark:

In detail, we could ask ourselves:

The Tories believe in all of these. I believe that we should not believe in any of them, and seek to reverse them. Communities have ben devastated by the belief in the above policies. That is why, I believe, we lost millions of votes prior to 2017. If we are again to appeal to the many, we should be markedly different from the Tories and really oppose their policies.

Personally, I have been doing this as a party member, activist, trade unionist and public/voluntary sector worker for 30 years. I want to be more than a local voice and be a national voice on the Labour Party’s national executive committee, to which I am standing for election.

If we cannot reconnect with the lives of the many, we cannot win elections. Myself and good comrade Lauren Townsend are being supported by the Campaign for Labour Party Democracy (CLPD), which has been fighting for influence for the party’s grassroots for 47 years. I am also supported by Momentum Black Caucus. 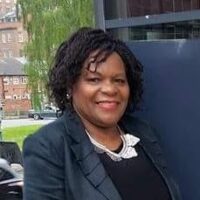 Cecile Wright is the vice-chair of Momentum and executive member of the Campaign for Labour Party Democracy.

View all articles by Cecile Wright