Over the past few years, drug reform has become a hot topic in the Labour Party. It was only fitting, then, that one of the questions put to the Labour leadership candidates during the televised Channel 4 debate last night asked whether they would decriminalise cannabis.

None of the candidates responded ‘yes’ to this quick-fire question, much to the frustration of many Labour members who are all too aware that criminalisation disproportionately affects BAME communities and creates barriers to accessing support services. But there is much more that can be unpacked from each candidate’s state position, as none answered with a simple ‘no’ either.

Rebecca Long-Bailey, who has positioned herself as the candidate furthest to the left, was – to some surprise – the least committed to reform or review. She said she would not decriminalise cannabis, though added that there needed to be a “conversation nationally” on the issue “because the war on drugs isn’t working”. Given that Long-Bailey is considered to be closest to Jeremy Corbyn out of all the candidates, perhaps her answer should have been anticipated: drug policy was not a priority during his tenure.

Lisa Nandy was the only candidate who fulfilled the brief of the quick-fire round by giving a concise and concrete position on the issue. “No, let’s have a proper review,” she declared. Nandy will have been referring to Labour’s September announcement that the party would seek to review its position on drugs through a royal commission.

It was Keir Starmer’s response that we found most intriguing. It revealed a clear policy position on the issue. “I wouldn’t immediately,” he said. “I have supported schemes where cannabis possession… you’re not arrested for it, you’re not prosecuted for it. And I believe in that.”

For Starmer to say that he believes we shouldn’t be arresting or prosecuting cannabis users means that he backs decriminalisation – even if he doesn’t name it as such. Decriminalisation means no longer treating cannabis possession as a criminal offence, and the schemes Starmer is referring to divert cannabis users away from the criminal justice system and into drug education workshops, much like a speed awareness course.

Given his personal position on the issue, it would reasonable to predict that Starmer would decriminalise personal possession of cannabis, most likely through a national roll out of diversion schemes. Starmer has only ruled out immediate policy change, which is in line with the 2019 Labour manifesto “to develop a public health approach to substance misuse, focusing on harm reduction rather than criminalisation”.

If local party nominations and polling are anything to go by, Starmer is the clear frontrunner in Labour’s leadership race. Under his direction, we would expect to see a continuation of Labour’s commitment to a public health based approach to drugs.

What is unclear from last night’s debate is where the candidates stand on legalisation, which is frequently conflated by the media, politicians and the general public with decriminalisation. Legalisation would involve the state legally regulating the market, much like we do with alcohol and tobacco, whereas decriminalisation simply removes the criminal penalties for possession. Last summer, David Lammy – incidentally Starmer’s campaign vice-chair – came out strongly in favour of cannabis legalisation, as this would take the market out of the hands of criminal gangs and allow the state to control the potency.

The next leader will have to navigate Labour’s stance on the issue, which must involve consultation with all corners of the party. The Labour Campaign for Drug Policy Reform, a grassroots initiative that consults with the Labour membership, will play a key role in facilitating this conversation. Regardless of who wins the Labour leadership contest, there is now a consensus that current cannabis policy is failing and there is a need for a new approach. This is a marked departure from previous leadership elections and should be celebrated. 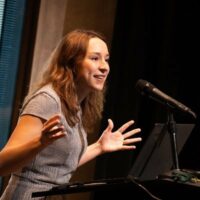 View all articles by Liz McCulloch