It’s not been easy as a council leader over the past four and a half years, supposedly forming part of the wider Labour Party ‘family’. And it was in this difficult context that the Labour Party’s 2017 democracy review spewed out a number of recommendations around how we organise ourselves in local government.

Some were examples of good practice that most Labour groups follow in any event. But the review also included the ingenious recommendation that council leaders should be directly elected by the local party membership. This vote would be conducted after local elections have taken place but before the new administration is up and running.

The proposal was no doubt the brainchild of a Momentum activist on work experience, because it certainly was not the result of anyone talking to Labour in local government. In reality, for the past four and a half years, nobody from the upper echelons of our national leadership has talked in a meaningful way to local government – or begun to understand the genuine opportunities that working with us can offer.

The Local Government Association Labour group has already highlighted the legal problems that the proposal presents, as well as the basic practical problem of a Labour group potentially having a leader who is not their choice. How could a Labour group function properly if the leader is not someone in which they have confidence? An example of the kind of problems that situation produces are evident from the Parliamentary Labour Party since 2015. It’s surely not something that anyone rational would want to extend to local government.

What is this proposal really about? It’s about control, and it’s about getting rid of the vast majority of council leaders who are regarded by some within the higher ranks of our party as the last bastions of Blairism. Forget that we are delivering innovative new policies, building new council homes, embedding the living wage and ethical care charter, promoting public health and protecting our most vulnerable residents from the excesses of the Tory government.

Instead, council leaders who were members of the Labour Party before 2015 are not to be trusted and need to be moved on. The best way of doing that is by making sure that these leaders are answerable to the new membership, who only want those who are truly committed to the cult to be the leaders of their councils and Labour groups.

When you have just won a local election, your first priority should always be to start implementing your manifesto – actually getting things done for the benefit of your residents. The democracy review proposals would put everything on hold during that crucial period, whilst potentially rival candidates campaign to be leader on the basis of policies that may or may not have been in the manifesto. The whole idea is ill-considered and juvenile.

Whoever wins the current leadership contest, something must change. If you value local government, prove it. Visit us and talk to us. Not once has the leader or any senior shadow cabinet member been to Southwark in the last four and a half years to highlight the work we are doing or to demonstrate what Labour could do in national government.

But it’s not just Southwark – rarely do I find a council leader who has had high-profile visits over the same period. Celebrate local government and our achievements. A properly functioning Labour Party needs to genuinely have local government as its core – and not just mention us once a year in a speech and think ‘job done’.

One way that the new leader could properly demonstrate that they have confidence in our local government leaders and councillors is to throw out the 2017 democracy review proposals and start again. This time, it could be formulated with leaders and councillors at the heart of any review process. You may be pleasantly surprised to learn what we election-winners have to offer. 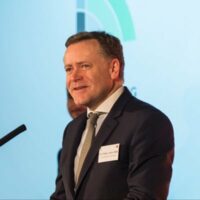 Peter John is a Labour councillor and leader of Southwark Council.

View all articles by Peter John