The general election result in December hurt all of us in the labour movement who wanted to see our country change for the better. To see our hard work rewarded with the strongest Tory majority since 1987 was deeply painful. It is devastating for the people we fight for ─ public sector workers, trade unionists, people on poverty pay and zero-hour contracts ─ all of whom have struggled under Tory austerity for the last decade.

Another five years of Tory government spells more misery for hard-pressed Labour councils and councillors too. Losing another 59 Labour MPs means that in over two thirds of constituencies (430 of 632 seats outside Northern Ireland), it is now Labour councillors and mayors who are our party’s only locally elected representatives. Just as they have always done, Labour councillors will continue to do their best to deliver for the most vulnerable in society despite Tory attacks on council budgets, benefits, and rights of working people. Our task has been made harder now, but our mission is just as important ─ to show how Labour values can deliver positive change to people’s everyday lives.

Backbench councillors spend an average of over 17 hours a week on council, committee and group meetings, holding surgeries, and helping individual constituencies with problems. It is Labour councillors who are helping to deal with anti-social behaviour, supporting homeless families in temporary accommodation, leading on adult and children safeguarding, helping foster community relations, as well as making sure fly-tipping is cleared quickly and getting potholes filled. Councillors report helping around five people with a problem every week, equivalent to over 1.5 million people a year.

For council leaders, deputy leaders, and cabinet members – the councillors who take on vital executive roles, with control over billions of pounds of public spending – this average rises to over 25 hours a week. 40% of leaders spend more than 40 hours a week on council work. Over the next few months, Labour councillors in power will be setting difficult annual budgets, stripped back yet again thanks to Tory funding cuts. Up and down the country, there are Labour politicians with real experience of innovating in public services – tackling crime and the causes of crime, dealing with the social care crisis, and decarbonising their local economies.

Perhaps the most important contribution Labour councillors will make over the next few years is keeping Labour’s campaigning alive in the areas of the country where they are now our last line of defence. Almost every councillor who responded to the survey said that they’re amongst the most active of campaigners in their constituency parties, and over 60% said they were the most active campaigners in their area during the general election.

Labour councillors are also responsible for campaigning activity year in, year out, with councillors reporting an average of four hours a week on campaigning even during months when there is no election. Of course, I know that when it comes to year-round resident-focused campaigning, some councillors do much more than this, and some do much less than they should. Labour groups contribute over £2m to our party, and could do even more with greater support.

If you’ve knocked on a door for the Labour Party, you will know that voters usually raise local, real-world problems – bins, parks, crime. Dealing with these ‘bread and butter’ issues is key to showing that the Labour Party listens. They are also just as important to a socialist future as the more theoretical issues that we debate in local party meetings. Whether a Labour councillor is in opposition or in power, they have valuable insights to share about why Labour is effective locally and wins the control of councils where we lost MPs. I’m looking forward to working with our new leader and deputy leader, whoever they are, to strengthen the role of our councillors and to ensure that our frontline experience is not forgotten. 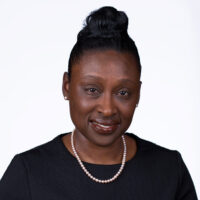 Anntoinette Bramble is a Hackney councillor, deputy mayor of Hackney and deputy leader of the LGA Labour Group.

View all articles by Anntoinette Bramble