As an Association of Labour Councillors executive member, the most common question I am asked is: “What exactly do we get for our money?”. It refers to the £2m handed over every year via the councillor levy. One of the reasons the ALC was reinvigorated back in 2013 was so that it could take the national party to task over this very question.

At that time, councillors received very little other than a telephone number for the party solicitor and the odd local government day put on by regional offices. The newly formed ALC started to ask where the rest of the money went – the answer to which was always “support in local elections and training”. But we knew this varied wildly across the country, and was largely dependent on the interest or otherwise of regional office or party staff.

We spent the first few months having visits from our front bench who loved to talk about their work but listened very little to what we had to say. I am pleased to say there has been progress in the last few years, but it is fair to say there is still much further to go. Councillors are today entitled to the following as a result of ALC membership:

Each region/nation has an elected – unpaid – ALC representative that councillors can get in touch with for advice and support. Executive members can claim some travel expenses to visit Labour groups in their region, though this often relies on executive members pursuing or initiating training sessions.

The executive holds meetings throughout the year that are still attended by key party figures such as the Shadow Secretary of State for Communities and Local Government. Andrew Gwynne MP has been a huge support to local government, genuinely listening to the points we raise around local government, especially on party policy development in manifestos.

As we move forward, and we have the opportunity to influence whomever is the next leader of the Labour Party – this should be the time we speak out, and say that we should be entitled to more. Our almost 7,000 Labour councillors are the backbone of our party – campaigning, recruiting, running elections and delivering services right across the UK.

We are the only members of the party who have been in power in our communities since 2010. Whether opposition councillors or in controlling administrations, we are often the only Labour representatives our communities see and engage with.

The ALC recently surveyed all Labour councillors, and an overwhelming 85% of councillors demanded more transparency over the councillor levy. We also asked how the levy should be used more effectively, asking councillors to name their two top priorities. Over two thirds of councillors (69%) wanted to see much more resource devoted to local election campaigns, which all leadership candidates have helpfully suggested will be a priority for them too.

There was also strong support (59%) for the party to do more to help councillors and groups develop local policy. Interestingly almost half of councillors want to see the levy used to educate more party members about the role and importance of local government too.

The Labour local government conference this weekend will allow councillors from across the country to hear what the leadership candidates have to say. Our survey results have been fed into the local government pledges developed by LGA Labour. A set of simple asks, we think, which will help councillors feel their contribution is respected and recognised. I hope all leader and deputy leadership candidates will support us in this aim. 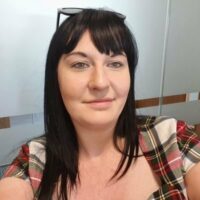 Amy Cross is a Labour councillor in Blackpool and the executive member of the Association of Labour Councillors for the North West.

View all articles by Amy Cross