The science behind climate change has been undeniable for decades. Reports from the IPCC have shown clear trends towards environmental breakdown as global temperatures continue to increase and we get ever closer to crossing tipping points with irreversible and unknown consequences. The COP 21 Paris Agreement in 2015 committed countries worldwide to limiting global temperature rise to within 2°C, but nationally we are at somewhat of a standstill as the Tory government set the unambitious target of achieving carbon net neutrality by 2050 – making it, in other words, a problem for politicians of the future.

At the annual local government conference in 2019, the LGA declared a climate emergency, encouraged by the work of Labour councils up and down the country who have been working to tackle the climate emergency for years. The changing climate disproportionately affects residents of Labour councils with a greater proportion of communities in metropolitan areas, where poor air quality and extreme temperatures pose the greatest threat to public health. Communities have become reliant on Labour in local government as the catalyst of change to bring about credible approaches to mitigating the impacts of the global climate emergency, with immediate effect.

As most of the work of local government goes under the radar, Hannah Lazell – political advisor to the LGA Labour group – and I reached out to Labour councils around the country to find out how they’ve been responding to the climate emergency. Overwhelmed with responses, we compiled examples of best practice and campaign packs and created the LGA Labour climate emergency website in September last year: a source of inspiration for various types of councils on different stages of their journey to understanding and responding to climate change. We post weekly blogs from councillors and other experts in the Labour local government family with guidance, recommended reading, and accounts of the successes of different councils.

Labour councils have been using evidence-based reports to develop their plans for carbon neutrality by 2030, 20 years ahead of national targets. Despite ten years of Tory cuts putting increasing pressure on the delivery of statutory services, Labour in local government has recognised the importance of responding to the climate emergency as a new priority. With further local government funding squeezes expected and the costs of investment in new infrastructure and policy changes reaching eye-watering heights, it would be easy to lie low and follow the national carbon targets. But Labour councils have navigated the climate emergency with bravado and continue to lead the way in finding local community solutions to the global issue of climate change.

Labour councils have committed to investment in new energy infrastructure to deliver low-carbon alternatives, such as Manchester city council’s civic quarter heat network that will generate low-carbon power, heat and hot water for the city. And Lambeth Council’s partnership working with Repowering London which has seen installations of solar panels on estates and schools in the borough. Councils have sought to encourage and enable use of alternative sustainable transport – Oxford City Council have expanded their electric vehicle charging points across the city and plan to install more. Waltham Forest’s famous ‘mini Holland’ project has redesigned roads in the borough to include segregated cycle lanes and improve junctions and crossings, and the provision of bikehangars and hire bikes has resulted in a 44% decrease in traffic since 2014.

Rewilding efforts have improved the quality of wildlife, with projects such as Plymouth City council’s bee corridors and Stevenage council’s biodiversity action plan promoting biodiversity by protecting habitats. Elsewhere, waste reduction has been achieved through increased recycling and a war on plastics. Bridgend council are well on their way to meeting their set recycling targets of 70% by 2024-25, while Hackney council have worked across the borough to develop low plastic zones.

Despite showing innovation against the odds, local government continues to be restricted by funding cuts. Although investments in green energy, transport and housing infrastructure will deliver savings in the long-term, the up-front costs are staggering, and require central government investment.

In January LGA Labour held a climate emergency conference to continue to support Labour councils on this issue. It was a sell-out event with workshops and plenaries covering policy responses, partnership working, community engagement, asks of the national Labour Party, and how to tackle the climate emergency under a Conservative government. Feedback from our delegates showed a real appetite for what has emerged as a leading agenda and the expertise in the room was evident. Labour councils are rising to tackle climate change locally, but we need national government to display a greater sense of urgency in order to back their work and protect communities from the detrimental impacts of a changing climate. 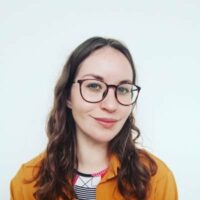 Martha Lauchlan is a political administrator for the LGA Labour Group.

View all articles by Martha Lauchlan