At the end of last night’s Jewish Labour Movement hustings, chair Robert Peston invited the audience to raise their hands if they considered themselves a Labour supporter. As you would expect, almost the whole room put their hands up. He then asked the room if they had voted Labour in 2019. From where I was sitting, about half the room put their hands down. Peston finally asked whether, after the hustings, they would be more likely to vote Labour at the next election. Some hands went back up, but many stayed firmly down. I suspect the reason is that whether Jewish people feel comfortable voting for Labour again depends on which candidates becomes the next leader of the Labour Party.

I left the party in March last year, having joined as a teenager in 2014. I left on the day that Luciana Berger announced that she would no longer representing Liverpool Wavertree as a Labour MP. She was subjected to abhorrent antisemitism and misogyny, and ignored by an at-best ambivalent party leadership. Those who stayed did so for good reason. But I felt I couldn’t look my Jewish friends in the eye, nor call myself an anti-racist with a straight face, if I continued to be a member of a party where Jewish women did not feel welcome and that had lost the trust of the wider Jewish community.

I have since re-joined and last night was in some ways a positive step. All the candidates surpassed the admittedly low bar of being better than Jeremy Corbyn on the issue. There were a couple of telling moments throughout the night, however. One was when the three candidates who had served in Corbyn’s post-2016 shadow cabinet – Rebecca Long-Bailey, Keir Starmer and Emily Thornberry – grouped together to defend each other against the charge that they did not speak out publicly, only behind closed doors. Another was when Long-Bailey claimed that she did stand up against antisemitism, and the audience shouted back at her: “When?!”

Long-Bailey rightly bore the brunt of much of the crowd’s criticism for not taking a stand on antisemitism, being seen as more closely linked to the party leadership, but Starmer and Thornberry also stayed as members of the leadership team. They claim that they stood against antisemitism, but they very rarely did so in public, preferring to submit criticisms behind the closed doors of shadow cabinet meetings. It is only Lisa Nandy who has been consistent in publicly standing up against the party’s problem with antisemitism, including in 2016 when she broke collective responsibility to do so.

This, amongst other reasons, is why the Labour Party must elect Nandy as its new leader if it wants to regain the trust of the Jewish community. Last night, while all spoke well on the issue, Nandy was the stand-out performer – admitting that the party’s failure on the issue had led her to question her membership and attacking the current leadership for failing to disclose Labour’s submission to the EHRC. Receiving the biggest applause of the night, Nandy outlined the unique nature of antisemitism, calling it a poison, and recounted how she had “stood up and spoken up over and over again”.

This is the point. Each candidate clearly understands and wants to act on antisemitism, and I believe that they are sincere in doing so. But when push came to shove, all but one candidate were largely silent on the issue, arguing behind closed doors yet letting down the Jewish community in public. It is for this reason that I will be voting for Nandy for leader – so that the Labour Party can begin to regain the trust of the Jewish community. 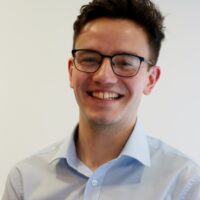 View all articles by Josh Westerling