Freedom and aspiration were once core Labour values, reflecting the hopes and ambitions of the working class that our party was founded to represent. It was the Labour dream – a strong safety net, coupled with policies to enhance life chances, opportunity and independence. But somewhere in the early 2010s we abandoned these core values that the public still hold dear and are instrumental in forming a winning majority. Freedom and aspiration are now associated with the Tories. Labour must reclaim these values in the 2020s.

We have always championed freedom. Freedom to live a life of your own choosing, freedom to love and marry who you want, freedom to organise for better pay and working conditions, a woman’s right to choose, the freedom a stable job and a decent income offers, and the freedom that comes from knowing you have a roof over your head.

But we allowed the Tories to hijack freedom – a very specific kind of freedom. Freedom from people paying their fair share of tax, from regulation and from scrutiny. It is an exclusive form of freedom for the wealthy and powerful, whether that be an individual or a corporation. But to Labour, freedom in its richest sense means that the state provides the educational, societal and economic freedom and equality to set working people and families on a path towards independence and achievement. For a while, that was true.

Even worse, we have allowed the Tories to monopolise aspiration. Labour was once the party of aspiration – it was the promise of something better that motivated working class voters to support Labour. We were their champion. If we are to meet the scale of the electoral challenge ahead, freedom and aspiration must be regained as core values at the forefront of our promise to the public. In recent years, our hesitation to speak positively about these values has been viewed as a reluctance to champion individual success.

In the future, it will be Labour’s job to ensure that the success of individuals is a benefit to society, and that it is coupled with a strong emphasis on fairness and social justice. Aspiration should be at the heart of a Labour programme for government, one that will give people the tools, investment and infrastructure they need to succeed – whether they are starting their own business or up-skilling. People don’t want to feel bought or shackled by the state, they want to feel proud of their own achievements. We need to make a positive and patriotic case for aspiration. What is good for the individual is good for the local community and our country.

Labour should not be afraid of championing the aspirational working class – the self-employed, the doer or the maker. I am sure some would disagree with me, and say that these values would be a return to Tory-lite policy. But answer this: what is not sensible or radical about the freedom that would come from a universal basic income? It gives people economic freedom, which nurtures trust and freedom to participate in society.

For too long, we have allowed the Tories to set the tone for political debate and therefore handed over control of the narrative. With our country in turmoil, we should be putting forward a grand vision that unites our country. We can no longer afford to fight a war on a battleground drawn up by the Tories, pitching an alternative on the issues where Tories know that they can win the argument.

In the 2020s, Labour must reconnect with working-class voters who have been switching to the Tories since 2010. We must not be afraid to distinguish ourselves from the recent past and meet voters where they are in their lives right now. Reclaiming freedom and aspiration is one of the first steps we must take next. These values, coupled with strong progressive messaging, would resonate well in areas like mine on Teesside, where in 2019 the blue wave washed away our ‘Red Wall’ and with it the end of Labour’s century-old stronghold in the North East. The next Labour leader must embrace freedom and aspiration as part of their programme for the future. Failure to do so may spell a further decade in the political wilderness. 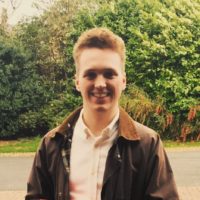 James Metcalfe is a parliamentary assistant to a Labour MP.