There is undoubtedly an issue of transphobia in the Labour Party. The Labour Campaign for Trans Rights has been set up to combat this, as well as fight for positive advances for the rights of trans and non-binary people. We do this with a recognition that the Labour Party and the wider labour movement are crucial for winning and consolidating the rights of marginalised people within society. Of course, transphobia is prevalent within society as a whole, but we must put our own house in order if we are to change the world.

This is a two-way street. The labour movement benefits from the most marginalised people being able to freely, confidently and safely organise themselves and fight for better conditions. We recognise that the fight against women’s oppression and trans oppression are part of the same struggle – and those that seek to wrongly divide us only weaken our collective strength. We all stand to gain from the ability of trans people, within Labour and our trade unions, to organise and win.

It is important to address the question of how transphobia should be fought. As with similar issues of bigotry on the left, this is a point of contention. I am going to argue that we should not make the mistake of relying on bureaucratic machinery to solve problems of miseducation and ignorance. There have been popular calls amongst many of those in the party who oppose transphobia – and indeed antisemitism – to expel members who express such views. Despite this being one of the pledges put forward by LCTR, of which I am a member and co-founder, this position is understandable but misguided in my view.

There are individual cases in which protracted campaigns of harassment and bullying have taken place against activists in the party, and in these cases suspension and expulsion may be an appropriate course of action. But the problem of transphobia is widespread. If Labour were to attempt to purge the party of transphobic views bureaucratically, it is likely to end up expelling swathes of people whose transphobic views are not well-thought-out. Instead, they may be ignorant, or see their advocacy of women’s rights as being in conflict with trans rights.

Such a wave of expulsions would not only distance us from many who could, with some patience and education, be won round to the cause of trans rights. It would also serve to make party machinery the decision-maker as to who has crossed the line and therefore must be expelled. Such a situation would make Labour’s current inadequate democratic culture even worse.

If not expulsions, then what? I would advocate for a concerted campaign of education on the topic of trans rights as well as a culture of open debate and discussion. This is where our ideas come from, and it is the lifeblood of a vibrant labour movement. This position can be caricatured: some assume that what is being called for is a staged debate between a trans person on one side and someone who seeks to deny trans people of their right to any kind of dignified existence on the other. This is, of course, not what is meant.

What I’m talking about is fora in which people are able to effectively challenge and convince those that hold transphobic views of the importance of supporting the rights of trans and non-binary people. We have to educate activists – including trans people, as well as cis allies – in order to give people the skills to confidently challenge these ideas wherever they rear their head in the labour movement.

LCTR will have a key role to play in facilitating education in the Labour Party and creating a culture in which trans and non-binary people are able to engage in the movement that best represents their class interests. We all stand to gain from this, and we hope that those concerned with fighting for a better party will join us in the struggle. 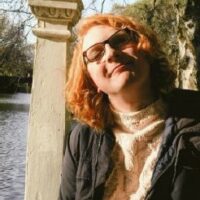 Christie Neary is a Labour Party member and co-founder of the Labour Campaign for Trans Rights.

View all articles by Christie Neary