The BBC is the greatest broadcasting institution in the world. It’s a rare institution that is dedicated to self-flagellation while delivering value to the public. We are lucky to have a public broadcaster that prioritises impartiality above all else. Compared to the United States and a media market dominated by ultra-conservative voices, or the state broadcasters of Russia and China, we have a world-class public service broadcaster with the interests of the general public at its heart.

As a party, Labour is committed to defending public services, the rights of journalists across the world and the rights of citizens to be informed. We should defend the BBC like it is the NHS – an institution that is so woven into the fabric of British society that a world without it is immeasurably poorer.

In the aftermath of a fourth successive election defeat, the Tories are preparing to hand out a punishment to the BBC, and potentially other broadcasters and news organisations like Channel 4. They have banned neutral outlets from press briefings and are clearly prepared to try to delegitimise any scrutiny or criticism they face.

One of the most depressing aspects of the last few years has been the refusal of many on the left to mount a sustained and passionate defence of the BBC as an institution. Instead, they prefer the easy option of blaming our woes as a party on media hostility, hounding prominent journalists to the extent that they needed bodyguards to attend our conference, and legitimising fringe voices to act as proxies for the party – proxies who would encourage the party to talk only to ourselves.

The Tories have always wanted to chip away at the foundations of public service broadcasting – hence the ticking time bomb George Osborne gave to them when he insisted that the cost of free TV licences for over-75s would be borne by the broadcaster. That was a move designed to make the BBC unpopular among pensioners.

It’s clear that the new Conservative Party, so much more in hoc to right-wing media barons and willing to move away from the centre-ground so emphatically, will have no qualms about assaulting the BBC, assaulting the licence fee or attacking the online content that the corporation makes – content it must make to serve all audiences.

Why has a significant section of the Labour Party, and some of the most influential figures on the new left, taken any opportunity to attack the BBC and the wider media? Is it a knee-jerk reaction to being criticised? If liberty is the right to tell people what they do not want to hear, political parties and movements have a duty to submit themselves to inspection. The job of the media is not simply to write down what politicians say but to contextualise and analyse it. Without the BBC, we lose any semblance of a non-commercial institution at the heart of our culture.

This is not to say that the BBC does not make mistakes. An organisation trying to simultaneously serve audiences on different platforms, of different generations and of clashing political persuasions will drop clangers. Were there issues with the general election coverage? Absolutely. Does that mean that BBC News has ceased to be indispensable to the public and a world-leading brand? Absolutely not.

The proposed reforms described in the Sunday Times story go beyond an assault on news – they would reshape the UK TV landscape, likely clearing away world leading TV programmes and brands such as Strictly and Line of Duty. Who benefits from the defenestration of a universal cultural asset? Again, the big commercial players in the UK media, as well as foreign broadcasters.

Although the government will apparently safeguard the World Service, the ‘soft power’ of the BBC on behalf of the UK relies on the pipeline of talent, from Phoebe Waller Bridge back to Armando Iannucci and Monty Python. To diminish the BBC would be to diminish that pipeline and diminish the global standing of the UK’s main source of soft power.

At the moment, the government appear to want to force the BBC to shed Radio 1, Radio 2, 5 Live and 6 Music as well as BBC Scotland, Wales, Northern Ireland and local radio stations – many of which have stayed on-air through the night this weekend in the storms and flooding caused by Storm Dennis.

The ‘market’ certainly would not support the national and local services. Who would? It would chip away at the services valued by many ordinary working people. Labour needs to be passionately defending the BBC as a universal service in the interests of everyday consumers. No media empire is going to provide the depth of local provision that the BBC does.

For all the easy answers, blaming the media for Labour’s loss in December and refusing to defend public service broadcasting on the basis of some Twitter conspiracy threads demeans the party and the country as a whole. A media landscape without the BBC is much more commercially dominated, makes electing a Labour government much harder and damages a universal service that people across Britain rely on. The BBC should not have to rely on Damian Green and Huw Merriman to defend it – the labour movement and the wider left should rally to the defence of Auntie Beeb. 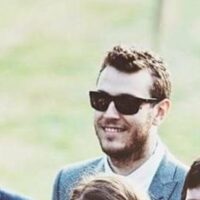 View all articles by Joe Morris