December’s election was devastating, and our movement is still hurting as a result. The worst thing about it? Our loss will now see even more pain inflicted on our communities. It’s a difficult load to bear – but there is a path to recovery.

It’s now essential that we learn lessons for the future. In 2017, we defied all expectations with a socialist vision that won us mass support from the electorate. That election proved that our platform – of public ownership, investment in public services and ending austerity – was popular with people and communities up and down the country.

Scared of our message, the establishment tried to pin our defeat this time around on these ideals. But our failures in 2019 were not down to our progressive policies. Yes, we should have communicated them better – but the main reason for our loss was a lack of trust many feel towards the party in former Labour heartlands. This decline in trust is something that has been going on for decades.

I am a working class, LGBT socialist from the north of England, proud of where I am from but sad that Labour’s support has ebbed away in the north west. As a UNISON trade union organiser – one who has proudly been banned by anti-union companies for successfully organising care workers – I see on a daily basis how desperately people in my area need a Labour government.

Yet the process of de-industrialisation and the weakening of the trade union link has meant large sections of society have been peeled away from Labour. In the next five years, the party must focus on how to strengthen trade unions as a matter of urgency. They are our best hope for renewing class consciousness in Britain.

As a councillor over the last eight years, I’ve become only too familiar with the Tories’ draconian austerity programme and the devastating effect it has had on our communities. Too many of our voters see us as the architects of poor public services when it is the Tories who have implemented billions of pounds worth of cuts.

I have always been vigilant in pinning austerity on the Tories, and it’s essential that more Labour councillors do the same. If elected to the party’s national executive committee (NEC), my experience and expertise both in local government and on the shop floor can help us understand how we can appeal to our heartlands once again.

To win in 2024, we need an active and empowered membership. For many years, Labour’s internal political culture has been cliquey and unhealthy, often aimed at keeping people out rather than bringing them in. I aim to be as inclusive as possible and actively encourage working class people to join the party. I was inspired to get involved by a Labour councillor many years ago, and I hope to do the same for others.

In practical terms, as a NEC member I promise I will advocate for the enhanced representation of members on the NEC; campaign for better political education for members; and promise to reform and strengthen our liberation groups such as LGBT Labour, BAME Labour and Disability Labour. It is time that these groups had representation on the NEC.

My experience as a LGBT person with non-visible disabilities was one of the main reasons I joined Labour. I grew up with dyslexia, dyspraxia and Asperger’s syndrome, but without the support I received from the Labour government I wouldn’t have had the life chances, nor the confidence to stand for our NEC.

As a gay working-class man who has faced the brunt of the bigotry and classism whipped up by the Conservative Party, I know how important it is that we succeed in defeating the Tories in 2024. December’s election was a serious blow to our movement. But if elected to the NEC, I promise I will do all I can to revitalise the party so we can win elections once again. 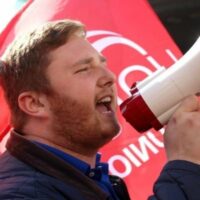 Leigh Drennan is a Labour member and vice chair of the North West Labour Party.

View all articles by Leigh Drennan 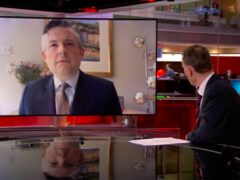 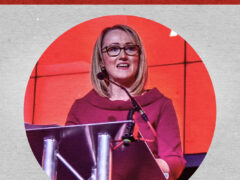