What is the national executive committee (NEC) for? That might sound a strange question from someone who is seeking to become a member of that body. But I believe that addressing the role of the NEC and its failure in recent years to live up to its responsibilities is a key part of the moves that we need to make if Labour is to be in a position to form a government after the next general election.

All the attention since the disaster that was the 2019 general election has been on the campaign for leader and deputy leader. The NEC by-elections have been seen as a side show. But that ignores the crucial role that the NEC plays in the way the party operates.

Our rulebook (clause VIII) says that the primary purpose of the NEC is to provide strategic direction for the party as a whole and to work in partnership with the party’s representatives in parliament, the devolved administrations and local government to secure the party’s objectives. The NEC must therefore bear its share of responsibility for a catalogue of disasters that includes:

To these I would add the failure to establish any meaningful, dynamic relationship between the top and the bottom of the party, i.e. between the NEC and the members. The NEC is made up of representatives including eight MPs – two being the party leader and deputy leader – 13 for the trade unions, nine constituency Labour Party reps, two from local government and one rep each from the Scottish Parliament, Welsh Assembly, socialist societies, Young Labour and BAME Labour. They are elected by their respective constituencies for two-years.

On paper, members should have a strong input to strategic decision-making by the NEC because they have nine representatives sitting around the table. The reality is that for most members what happens at the NEC is concealed and beyond influence – and the outcomes are barely reported. The NEC then expects members to implement decisions, to which they have had no opportunity to make an input.

And when it comes to members wanting to make demands of the NEC, there is simply no channel. Our reps are not available, we don’t even have their contact details, and emails to the secretariat are ignored or handed off. A good, recent example was the refusal of the NEC to allow over 100 constituency parties in areas classed by them as ‘unwinnable’ – patronisingly called pioneer seats – to select parliamentary candidates.

Week after week, we heard the leader and shadow cabinet declare that Labour was ready and eager for a general election. But on the ground we knew that was not the case. Other parties had their candidates in place. They were in the local papers. They were on the doorsteps. They were getting their campaign materials ready. Meanwhile Labour members, often the largest party by membership even in these rural constituencies, were not allowed to select a candidate.

A motion to the 2019 conference submitted by a neighbouring constituency party, calling for early selections, was not debated because the conference arrangements committee deemed it an administrative matter rather than one of policy. So it was referred to the NEC – and as far as I know they are still considering it.

When the election was called in November 2019 there was panic at region. There was no time for member involvement in selections which instead were done by a panel of the regional board using telephone interviews. As a result only the most rudimentary campaign was possible. A bad decision by the NEC and refusal to listen to CLPs damaged the campaign, let down the membership and ultimately let down the electorate too.

Regional offices could play a vital role. We see enough of them to know they are worked off their feet. But they are supposed to be the bridge between CLPs and the NEC. They often feel more like an obstacle or, at best, an irrelevance. This is no criticism of the dedicated staff but is a criticism of the role and resources that they are given by the NEC. It’s a waste that something that could be a vibrant and dynamic focus for member engagement is largely sterile.

In constituencies like mine members feel taken for granted, ignored and marginalised. I suspect this situation may exist beyond the ‘unwinnable’, rural, coastal areas. All members deserve to be respected and valued and it’s the NEC’s job to make sure that they are. But it goes beyond people’s feelings: it affects how motivated they are to do the work that the NEC wants, and how likely they are to stand by the party when things get difficult.

There is another perhaps even more fundamental reason for getting the relationship between the NEC and membership right, one which strikes at the underlying reasons why we have lost so much support in Scotland and the northern and midland regions. Left-behind members, ignored and taken for granted, leads directly to left behind communities. Why has the NEC done so badly with the big strategic issues? I’d suggest a few possible reasons:

It’s hard to resist the impression that some members of the NEC are unclear about its primary purpose. The fact that some candidates in the NEC by-election focus on their favoured policies in their election statements suggests that they, too, are unclear. My primary purpose in standing is to give a voice to members in constituencies like mine – i.e the marginalised, rural, coastal, ‘un-winnables’ – not to discuss the details of policy but to argue for their inclusion and an end to being undervalued.

I am demanding a tangible and transparent relationship between members and the NEC, and a radical shake up of regional organisation with transparency and a much bigger role for members. This would benefit all members, all constituencies and the party as a whole. If elected my promise to all members, in all constituencies, is to do my utmost to ensure that they are effectively represented at the NEC and kept fully informed of its proceedings. I would seek to do this by working closely with constituency secretaries and other CLP reps on the NEC. 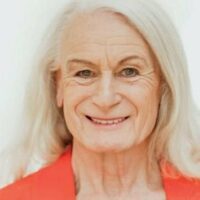 Mick Johnston is a Labour member and secretary of Thirsk and Malton constituency Labour Party.

View all articles by Mick Johnston