We are only a few weeks on from the overwhelming Conservative victory in the general election, and we can already see what their priorities are. But the awful truth is that after ten years of Tory austerity and cuts, people in areas like Scunthorpe just didn’t trust us to make things better. Even after nine years with a Tory council and a decade of Tory government, a local Scunthorpe man interviewed on Newsnight pointed to our struggling High Street and said he was voting Conservative to change things!

The 2019 election was not easy, and the aftermath is worse. But I was blessed with a brilliant local party that rolled its sleeves up, buckled down and got on with the job of taking Labour’s message out in all weathers at the worst possible time. We had thousands of conversations designed to secure and identify Labour’s vote.

Unfortunately, the message we got back on the doorstep was that people no longer believed Labour was on their side. That was heartbreaking feedback. But we ignore it at our peril. More than anything else, those floating voters, former Labour voters, and even Labour voters sticking with us, told me they wanted a Labour leader they could believe in and a party that was united, caring, patriotic and took them seriously.

I’m supporting Keir Starmer to be Labour leader because I know he is someone local people can believe in, who will do the right thing and make their lives better. Keir has a proven track record standing up for ordinary people against the powerful – on the side of trade unionists, environmental activists or whistle-blowers against corporate bullies. As Director of Public Prosecutions, he was successful in a high-profile job outside politics. And as a loyal, hard-working member of the shadow cabinet team, people have seen him on their television screens as someone they can trust. I believe Keir Starmer is the person who can get Labour back to winning ways.

There are no longer any Labour MPs in Lincolnshire. Keir responded impressively to the ‘Lincolnshire Challenge’ that we – as former MPs for Scunthorpe, Grimsby and Lincoln – set the candidates. We called on them to show how they would help rebuild Labour in Lincolnshire, and Keir recognised that areas like ours, that feel peripheral and ignored, need to be properly focused on if we are to win back power.

I know Keir will give places like Lincolnshire the attention and resources necessary for Labour to win again, working with our brilliant activists and councillors and pushing for radical new devolution of power down to our communities. He knows that politicians need to do more than talk about giving power back to areas like ours and get on with making it happen.

Getting the right leader will show people we are listening to their concerns and get us moving forwards again. It will unify our party and show that there is a better future to believe in. A future worth fighting for. With Keir as Labour leader, as a Labour Prime Minister, another future really is possible. Labour can win again in Lincolnshire, win in the country and get back to our historic job of changing the world for the better. 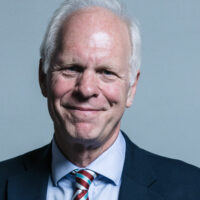 View all articles by Nic Dakin