London is my home. It’s where I was born and raised, after my parents fled South Africa in the 1970s. My mother believed that London would provide her working opportunities not available to her as a young black woman with ambition. My father came to London as a political asylum seeker, after speaking out against apartheid. My parents went from not being able to even vote, to seeing their daughter elected in a city they called home.

I moved to Hackney in the early 2000s after finishing university. It’s where I became politically active, going from grassroots activist campaigning for Meg Hillier MP, to representing my community as a ward councillor for seven years, to having the privilege of chairing my CLP and now standing to be a London Assembly member.

As a councillor, I have worked to tackle gun and knife crime, fought for funding for more council homes in my ward and resisted TfL’s bus cuts. As a cabinet member in Hackney, I have advised Hackney’s mayor on private renters’ rights, led campaigns and worked with groups such as Generation Rent and Hackney Citizens.

In all these roles I have stayed true to my own principles and to Labour values, and I will continue to as your Assembly member. I will support the mayor of London in delivering for Londoners and hold him to account when he doesn’t. The next London Assembly will need to do this while also fighting Boris Johnson’s continuing austerity.

Thanks to the Tories, Londoners have seen their quality of life worsen, opportunities disappear, and their communities placed under unbearable strain as a result of ten years of savage, politically motivated austerity. Nowhere is this strain more acute than where I’ve dedicated my career: housing.

The housing crisis hits hard at every level – from rough-sleepers, to the 8,500 households across Islington, Waltham Forest and Hackney in temporary accommodation, scant social housing, and insecure and unaffordable tenancies.

I’ve worked in the sector for years, campaigning nationally and locally on benefit reforms, on affordability for private renters and fighting the asset-stripping that is Right-to-Buy.

On housing, the Assembly needs to help councils to build council homes, by encouraging them to share best practice, maximising funding from the Greater London Authority (GLA) and releasing the GLA’s surplus land for genuinely affordable homes.

On climate change, we are leading the charge here in London with municipal energy companies, democratically accountable to citizens, being established across the city. But we need to do more. We must oppose adding capacity for carbon-hungry modes of transport, like the proposed extra runway at Heathrow or the Silvertown Tunnel. Instead, let’s continue TfL’s work of helping people to use cars less and travel more sustainably – by walking, cycling and using public transport.

On community safety, we can protect our communities and young people from gun and knife crime, and from low expectations, by adopting a public health approach to violence. This radical approach has produced results in my ward in Hackney, which had been a knife crime hotspot. I want to build on this success across London with Sadiq Khan’s Violence Reduction Unit.

As your Assembly member, I will push to protect Londoners from precarious employment, work with unions to bring GLA jobs and services back in-house and promote unionisation in businesses that contract with the GLA.

I will fight for Londoners who are our friends, neighbours and family and who are affected by Brexit uncertainty, the hostile environment and the Conservatives’ remorseless assault on the Windrush generation and their descendants.

If we are successful in tackling the huge challenges we face in London, we will not only deliver for Londoners, but show that Labour can deliver for working people across the country. 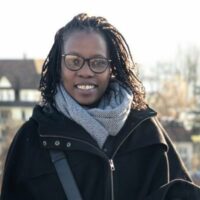 Sem Moema is a Labour councillor in the London borough of Hackney.

View all articles by Sem Moema