“When will black lives matter once again?” This was the challenge from David Lammy yesterday as he confronted the government on plans to deport a plane full of people before having published the outcome of the ‘lessons learned’ review into Windrush. We are just two years on from the injustice that saw 164 people detained and deported, and a further 5,000 denied access to support from public services to which they were entitled. Following that revelation – that the Home Office had been removing British citizens from the country – the government halted deportations and commissioned an investigation. But this has not yet been published and the question is, then, why has the government started them again?

A leak of the unpublished report stated that the government should review the practice of deportation. This, just days before the Jamaica flight was due to take place. Over 170 cross-party MPs and Lords subsequently signed a letter calling for the halt of the flight until the lessons learned review had been made public and the recommendations received. Yesterday evening, a last-minute court order ruled that many of the detainees could not be deported as they had not been able to access legal advice. The judge said they could only be deported if the Home Office could confirm that they had “access to a functioning, non-O2 Sim card on or before February 3”. This did not stop the government however, which continued despite the ruling. It is unclear who exactly was on the flight that left the country this morning.

But we do know that those the department planned to deport included people who have lived in the UK for decades, have children in the country and were children themselves when they arrived here. Contrary to what the government has said, they are not a collection of dangerous criminals – lots are convicted only of minor, non-violent drug offences, while others may be from Windrush families. The deportation today is just the latest in a string of actions from this new government that reveals a cruelly racist approach to immigration and citizenship. The Tories recently voted down protections for unaccompanied child refugees, pulling the UK out of its commitment to take vulnerable children asking for our protection. And it really says it all that the government has decided to push on with today’s deportations without having first finished the review into the biggest indictment of the practice: this is a government that simply does not care.

Despite this, the Tories have made much of their plans to reorganise our immigration system post-Brexit. Johnson has promised a fairer, “Australian-style points-based system” while talking about various ‘special’ visas for certain professionals to come to the UK. We don’t know what this will look like, but we can be pretty certain that it will be driven by the same callous and racist attitude that saw the government deport a group of people this morning, before waiting for the outcome of their own lessons learned review. The challenge for the next Labour leader will be to confront this, and lay bare the fallacy that this is a liberal, ‘one nation’ Conservative government. Today’s actions are not ones of a government sorry for the mistakes of Windrush, and it is not an administration that will move us away from the hostile environment. Sign up to LabourList’s morning email for everything Labour, every weekday morning. 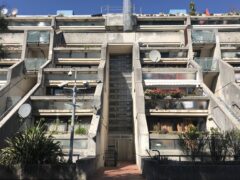