The Labour Party is in crisis. Our defeat in December – after almost ten years in opposition – is the worst in living memory, and the national party is on its knees. As the leadership contest rolls on, the question of how we get back into government is rightly at the top of the agenda. But let’s be clear: the next elections aren’t in five years, but three months. On May 7th, voters will go to the polls in 118 English councils, eight directly-elected mayoralties, and in police and crime commissioner elections across the country.

The party can’t afford to spend any more of that time navel-gazing. We’ve got to do everything we can to win those races for Labour and secure the opportunity to put our values into action. The cost of failure will be high – the most vulnerable people in society are relying on us to shield them from the worst of Tory austerity.

At the Labour Local Government conference hustings in Nottingham last weekend, it was encouraging to hear all of the leadership candidates recognise the importance of Labour councillors and the work they do in leading our local authorities, working in their communities and campaigning for our party. Given the historic scale of our defeat at the general election, there is an understandable acceptance that things have got to change, and that improving the way the national party interacts with Labour’s representatives in local government is an essential part of that change.

Every single leadership and deputy leadership candidate has made it absolutely clear that they want to mend that relationship – to give Labour in local government a bigger say in the running of the national party, and to finally harness the knowledge and expertise of those councillors on the frontline. That’s great to see, but the hundreds of councillors I spoke to this weekend want us to go further – to get it in writing.

At LGA Labour, alongside hard-working Labour councillors across the country, we’ve drawn up a list of Local Government Pledges that we asking the leader and deputy candidates to sign up to. Taken together they are about one thing: helping our party win power to build a better, fairer country.

We want candidates to commit to giving councillors a real voice. After all, they are the experts in their communities and they know what works and what doesn’t – the national party should learn from their experience. That means a real say on policy, and arguing for more representation on party bodies like the national executive committee (NEC).

We need to move forward in an atmosphere of mutual respect. At £2m a year, councillors are collectively one of the biggest donors to the national party – yet we have little idea where that money goes. So we are asking for a commitment for full transparency over how the councillor levy is used, with a higher proportion returned to local government through training, policy development, and campaign support

We’d like to see meaningful commitment to devolution to help put local communities in charge of their own destiny, and we’re delighted that all candidates told our hustings they would respect the role of councillors – including protecting the legal right for councillors to choose their own group leader. What’s more, after some turbulent years in which Labour councillors have done everything they can to protect our communities from Tory cuts, we’d like to see the next leadership team direct a real effort to build understanding of local government throughout the party, so members get a full picture of the hard work Labour’s representatives in local government are doing to put our values into action every single day.

We’d like to see the new leader commit to supporting our work on diversity. Successful Labour groups reflect the communities they represent. More action is required to assist the election of more women, BAME, and disabled members, and group rules should support modern working patterns, including parental and carers leave policies.

Finally, and most urgently, we want the next leader to put proper resource and effort into the coming local elections, and crucially to build on the progress made in recent years of genuinely involving local leaders in planning the national campaign. Doing well in May isn’t just important for local people – it’s a vital first step on the long road back to Downing Street, and we would be fools not to involve the very people that have won these kinds of elections before.

Labour councillors are Labour members. We want nothing more than to see our party back in power, and helping the millions who need a radical, reforming government to rebuild our communities after a decade of Tory attacks. These pledges are all designed to help the party do exactly that. Our councillors are the great underused resource of the Labour Party – I hope in signing up to these pledges the next leader of the Labour Party takes a first step in putting that right.

Labour councillors and mayors are experts in connecting with voters and delivering Labour values from power. Labour should learn from their experience through regular meetings between the party leadership and local government leaders.

Labour in local government has practical experience of running public services and delivering for our communities. They should have the right to be consulted on party policy relating to the services they have responsibility for.

Local communities should have more control over the decisions that affect them. Labour must commit to devolving more powers and resources from Whitehall to the local and regional level wherever practical.

Respect the role of councillors

Councillors are elected representatives and their role must be respected. They should retain the right to elect their own group leader and have the final decision on the manifesto they will be implementing.

Improve representation in our party

Argue for improved representation for councillors in decision making at all levels in our party, including more places on the national executive committee.

A greater share of party resources should be devoted to organising for and winning local elections, putting Labour in power in town halls across the country as an important step towards winning power in Westminster.

Help more members understand the role and importance of local government, and the constraints imposed by law. Encourage more members and trade unionists to put themselves forward as council candidates.

Full transparency of the councillor levy

There should be full transparency and a greater say for councillors over how the £2m councillor levy is used by the Labour Party, with a higher proportion returned to local government through training, policy development, and campaign support.

Nick Forbes is leader of the LGA Labour Group, leader of Newcastle Council, and a member of Labour’s national executive committee.

View all articles by Nick Forbes 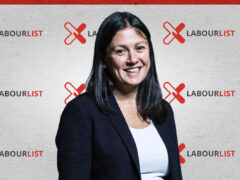 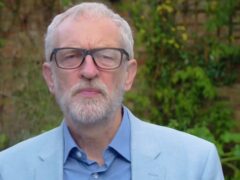