Candidates were asked whether they would decriminalise cannabis during Channel 4’s recent Labour leadership hustings. None of them said yes. Granted, they all added their own caveats. Rebecca Long-Bailey called for a “conversation nationally”, Lisa Nandy stressed the need for a “proper review”, and Keir Starmer stuck his neck out furthest by expressing support for schemes whereby people are not arrested or prosecuted for possession of cannabis.

But it is no longer good enough for Labour to sit on the fence on this issue. For far too long, the party has decried the ‘war on drugs’ without vocally supporting an alternative vision. The time for timidity is over. Labour should be emphatically and unashamedly supporting the decriminalisation of cannabis.

Politically, the party is already behind the tide when it comes to progressive drug policy. The Greens have long supported decriminalisation, and the Liberal Democrats backed legalisation over two years ago. A YouGov survey last year found that twice as many British adults now support the legalisation of cannabis than oppose it. The Tories are unlikely to budge anytime soon, owing to their large base of socially conservative supporters. Labour’s inertia on this issue has been inexcusable.

But the argument for cannabis decriminalisation is not about political point-scoring – it’s about people’s lives. As it stands, a guilty conviction of cannabis possession can be punished with up to five years in prison. This approach is mind-numbingly backward and represents an astounding lack of common sense. Such sentences are derailing young people’s lives, as well as sapping vital resources away from our already strapped policing and judicial systems.

And worryingly, it was revealed last year that BAME Londoners are twice as likely as their white counterparts to be arrested for cannabis possession, despite the fact that evidence suggests they use it at similar rates. Our current draconian drugs policy is having a disproportionate impact on already vulnerable and marginalised groups in our society. These are the very people the Labour Party purports to defend, and right now they are letting them down.

Thankfully, police forces in the UK have begun to take a more lax attitude towards the possession of cannabis in recent years. But we can’t afford to depend on a bad drugs policy being arbitrarily disregarded in a postcode lottery. The case for a national policy of decriminalisation is a convincing one: more money for police forces to dedicate to serious offences, less violent crime – a phenomenon all too common in the illicit cannabis market – and a clear path to a public health approach to drug misuse that puts a person’s wellbeing at its centre.

It doesn’t stop at decriminalisation. The next Labour leader should not shy away from discussions surrounding the legalisation of cannabis, a policy that has already been adopted in Canada and several US states. The arguments for legalisation are just as strong. The illicit cannabis market in the UK is estimated to be worth at least £1bn, meaning a highly regulated legal cannabis market has the potential to generate significant tax revenue for worthwhile causes. And crucially, regulation of cannabis production would ensure that circulation of the most harmful variants of the drug – currently rife in the illicit market – could be all but eradicated.

The Labour Party has under five years to achieve the mammoth task of overturning a devastating defeat and forming a government against the odds. If it has any hope of doing so, it cannot afford to stay silent on issues as important as this. Whoever the next Labour leader is, I hope for the sake of the most vulnerable in our society that they will be a proud advocate for the decriminalisation of cannabis – no ifs, no buts.

Tom Gardiner is writing in a personal capacity. 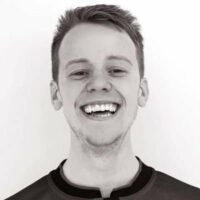 Tom Gardiner is a junior doctor, Labour member and an elected member of the Fabian Society’s executive committee.

View all articles by Tom Gardiner