Since that devastating exit poll dropped at 10pm on December 12th, the ‘Labour heartlands’ have been the focal point of an intense, disorderly postmortem. When the Blyth Valley result was followed by Workington, Darlington and a slew of seats across the North and Midlands, it was clear something had gone awry.

Leadership contenders and their proxies swooped on the TV studios to deliver the soundbites of their competing narratives. It was because of Brexit. It was because of antisemitism. It was because of Jeremy Corbyn’s leadership. Each talking head with their own solution – some simplistic – to winning back our ‘heartlands’. The arrogance of claiming communities that have just rejected Labour as ‘ours’ will presumably not be lost on the very areas that had just given us a swift kick in the ballots.

At 3.35am on December 13th, Sedgefield totemically fell. To me, it was not just Tony Blair’s old seat that I knew through election night outside broadcasts from the Trimdon Labour Club; it was my grandparents’ constituency. Fortunately for my grandfather, he wasn’t around to see the first Tory MP for the area in 88 years.

But as shocking as the losses of Sedgefield or Bolsover were, it wasn’t like we couldn’t see it coming. We lost Mansfield, Stoke-on-Trent South and Walsall North in 2017. We lost Scotland in 2015, and let’s not forget Blaenau Gwent in 2005. Did these not also constitute our heartlands?

The bonds that tied many of these voters to the Labour tribe were stretched and fraying before Brexit, with often only familial and cultural reasons tipping the balance in the privacy of the voting booth. Just junking the leader and/or the Brexit position and hoping that ‘heartland’ voters drift back to us flies in the face of years of evidence.

We have lost four general elections in a row, and haven’t won the popular vote in England since 2001. Winning back the ‘heartlands’ alone isn’t enough to form a government. And without a reliable block of Scottish constituencies returning Labour MPs, there’s no prior coalition of voters that we can humpty dumpty back together, so focusing solely on the seats with which we feel an emotive connection risks further extending our period of opposition.

Mansfield is now 200th on our list of target seats, requiring a nearly 17% swing from Tories to Labour. True blue places like the Isle of Wight, Huntingdon and Mid Derbyshire are theoretically easier to win next time around. Labour voters in Mansfield need a Labour Prime Minister more than they need a local Labour MP.

Instead of just obsessing over former so-called ‘Red Wall’ seats such as Bassetlaw and Bishop Auckland because losing them hurts, I believe we should be looking at developing a viable coalition that can win over seats like Lincoln and Ipswich – two of the seats that we lost in 2019 and we will need again to become the largest party at a presumptive 2024 general election.

Neither would be typically described as ‘heartlands’ but the last time Labour formed a viable government without electing an MP in Lincoln was 1923 and we’ve never been able to get to Downing Street without Ipswich in our column.

Lincoln, Ipswich, Truro and Falmouth, Wycombe, Reading West, Southampton Itchen, Hastings and Rye, Filton and Bradley Stoke and both Milton Keynes seats require less than 6% swings to win next time. Repair the Red Wall, of course, but don’t hide behind it.

Whoever is elected leader and deputy have difficult choices ahead of them. If the next leader of the opposition focusses on the heartlands, they may be judged to be better than Jeremy Corbyn at the job. However, after 14 years of Tory rule and who knows how many years of full-fat Brexit, we don’t need a strong second place in 2024 – and neither will our heartlands. 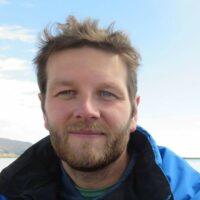 James Dixon lives in Nottinghamshire and is active in his local Labour party.

View all articles by James Dixon