As ballots finally begin to arrive for the Labour leadership contest, the battle between self-styled ‘moderates’ and ‘lefties’ remains at the forefront of the debate – as it has been for years. The bitter polemic between those who wish to embrace New Labour’s legacy and those who wish to start afresh with a radical programme continues to mark the conversation about the future direction of the Labour party, and the country. Sadly, it’s not just intellectual debate. But contenders from across the spectrum seem to agree that the Tories are in power, at least partially, because of Labour disunity, and that uniting is essential to winning in the future.

While we lick our wounds, choose our next leader, and prepare for five to ten more years of Conservative rule, a radical progressive agenda is being rolled out in Spain by a coalition of the centre-left Spanish Socialist Workers Party (PSOE) and the left-wing Unidas Podemos. While British progressives tell each other to ‘fuck off and join the Tories’ at the slightest hint of ideological difference, the respective leaders of each of the Spanish parties – Pedro Sanchez and Pablo Iglesias – hugged it out and signed an agreement to raise the highest rate of tax, bring in rent controls and implement radical climate legislation.

It is an extremely unlikely alliance. Unidas Podemos is the left-wing party that grew out Spain’s indignados street protests and merged with the longstanding fringe United Left Party. Meanwhile, the PSOE is centrist and quite literally the establishment party, having been in power more than any other in modern democratic Spain. This hug, and political agreement, came as a result of particular political circumstances – namely the risk of a right-wing government and the political careers of the two leaders.

It was increasingly clear that there was a chance of the far-right gaining some national power. The ‘Spanish exception‘ is over – Spain now has 52 far-right MPs from the Vox party in its parliament. While this isn’t enough to form a government, and a full coalition was unlikely, the right-wing People’s Party and centre-right Ciudadanos have shown that they are willing to be propped up by Vox in Andalucia’s parliament.

One of the most relevant factors may be the political calculations made by both political leaders about their own careers. After failing to form a government with PSOE at the last opportunity, Iglesias – leader of Podemos since its inception – faced extensive internal criticism and even a schism in his own party with some of his close friends leaving to create Más País.

Sanchez, who had already been relieved of his leadership role by PSOE’s congress four years ago, was being pulled both ways. The party grandees pushed for a grand coalition with the right-wing Popular Party and party activists desperately wanted a coalition with Podemos. He had to jump one way, or risk a third general election in two years. Both Sanchez and Iglesias are themselves and their circumstances, to paraphrase Ortega y Gasset.

Political circumstances aside, it is still a remarkable coalition, as likely as Tony Blair and Jeremy Corbyn hugging and governing together. And yet, it is happening. The stark reality is that this could only happen in a country with a sensible political system. Spain has proportional representation, which allows for more than one party on the left to have a significant amount of seats. Under PR, our last general election would have resulted in a hung parliament, a far cry from the 80-seat majority that gives Boris Johnson a carte blanche for the next five years.

The Labour Party in the UK is rare amongst its global sister parties in supporting first-past-the-post, and the debate around proportional representation has been surprisingly absent from the leadership debate. For decades, Labour has opposed a change to the electoral system, thinking it would shut progressives out of power. In fact, as Spain shows, the opposite could be true. Perhaps, in order to have a progressive government, it’s not unity we need, but a divorce. Then perhaps one day Keir Starmer and Richard Burgon can hug it out, and start rebuilding Britain after decades of Tory rule. 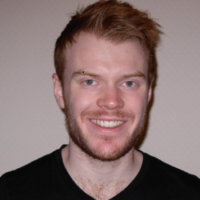 Alex White is one half of the 'My Parents Voted Brexit' podcast.

View all articles by Alex White