Into this wild Abyss the wary Fiend
Stood on the brink of Hell and looked a while
– John Milton, Paradise Lost

Even before the coronavirus pandemic hit the UK, our labour market was broken. One in six workers were in low-paid insecure work, most people in poverty were on the daily grind rather than the dole, and it was only last month – which now feels like a lifetime ago – that real wages returned to their pre-2008 levels. Work wasn’t working, and this Covid-19 crisis will only augment Britain’s class divisions.

The lack of wage growth over the last 12 years has led to historically low saving rates, putting us in a dangerous situation where the impending lockdown will break the finances of many households. According to the Office of National Statistics, as much as a third of workers under 40 cannot make ends meet for longer than three months if their main income source disappears.

This is made worse by the fact that even having the choice to work from home seems to be a privilege for the highest earners. And it is not just about work: going into isolation for hundreds of thousands of people will actually mean an unbearable social intensity, given that overcrowding in social homes in England is at a 24-year high.

In a time of crisis, it is useful to remember the Keynesian insight that one person’s expenditure is another person’s income. Wages are a matter of survival for workers but a cost to be minimised for businesses. Mortgage repayments pitch homeowners against banks and bond holders. Rents are a big chunk of the bills for renters, but provide an income for landlords.

To avoid a breakdown of the system, the government will have to keep these economic flows moving by injecting cash into households, businesses and/or the financial system. While all sectors will benefit from a cash injection, no matter where it lands, the most important political and economic questions concern who will be protected by the state first and who will suffer the brunt of the crisis. Ultimately, this is a question of class power.

The bulk of the government’s macroeconomic response has been to promise at least £330bn in loans for businesses and mortgage breaks for Britain’s homeowners and 2.6 million buy-to-let landlords. So far, there are no measures to guarantee wages, no protections for gig economy workers and the self-employed, while statutory sick pay remains at one of the lowest rates in Europe. The message is clear: landlords and businesses first; workers second.

What seems particularly concerning is just how blasé Boris Johnson is to let working people suffer what they must. On Monday’s press briefing, only one question on the issue of pay was asked. The Prime Minister simply replied that the government was increasing the minimum wage rate by around 50p. This is not an adequate response to the crisis of a century. In fact, it isn’t even a response to the crisis, given that the policy was announced last year.

How does this all compare to the rest of the world? There are three ways to understand how governments have responded to this crisis. First is the labour approach, where government, business and unions have come together to guarantee wages for households. In Denmark, New Zealand, Austria, Sweden, Ireland, Spain, Italy and Germany, agreements have been reached that the state will pay the bulk of wages in exchange for businesses limiting layoffs. Capital benefits, but labour is protected first.

The second is the UBI approach. Rather than guaranteeing incomes, a number of countries have either flirted with or started implementing the idea of giving direct cash transfers to all households in order to stimulate demand. Hong Kong has paid $1,280 to all citizens over 18, while President Trump has proposed sending every household $1,000 a month. Australia has implemented a more targeted cash transfer of $750 to its six million low-income earners.

The third is focused on reducing bills. Alongside some of the measures above, countries taking this approach have gone one step further in reducing the obligations that households have to make, whether it’s mortgages (Italy), rent and utility bills (for small businesses in France) or suspending evictions (New York, and US cities such as Seattle and San Francisco).

Despite this crisis hitting those at the bottom of Britain’s class system the hardest, the government has diverged from most countries by putting businesses and landlords first. With millions of working people staring into the abyss, those at the top of Britain’s class ladder seem willing – like an economic repeat of herd immunity – to stand on the brink and look a while. 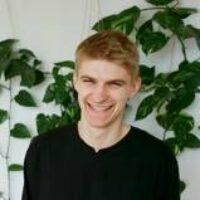 View all articles by Ben Tippet