If your response to the news that Trevor Phillips has been suspended from Labour is to immediately claim it must be a malicious act by the party, then you should think carefully about whether you are contributing to the real fears felt by Muslim people in this country.

I do not know the details of the case and therefore – unlike some – I am not going to speculate on what is a confidential disciplinary process. But the rush from some quarters to dismiss it out of hand is all too familiar to Muslim people. We are seen as fair game, and the burden of proof for discrimination and hurt somehow always seems to be set higher for us.

This morning on the radio for example a senior BBC journalist described the suspension as “chilling” – as if it could not possibly have any merit. This is so often the first assumption with Islamophobia – backed up with the ludicrous complaint that it is a ‘made up word’. All words are made up, the point is in their meaning.

Islamophobia is a word to describe something that is very real, and something that is everywhere in our society. We should not have to keep debating this point and Muslim people should not have to keep justifying it. To deny this, or seek to downplay it, fuels anti-Muslim hatred and emboldens the far right. And we have witnessed in recent years the horrific consequences of far right hatred, in Finsbury Park, Christchurch and elsewhere.

The same cannot be said for the Tories – who face mounting evidence of Islamophobia in their ranks and still do nothing. No surprise given that they are led by Boris Johnson, whose disgusting Islamophobic comments about Muslim women contributed to a 375% increase in anti-Muslim attacks and incidents of abuse.

The Tories are also refusing to adopt the all-party parliamentary group’s definition of Islamophobia, which Labour formally adopted last year. This is a simple but necessary definition that explains Islamophobia as a type of racism that targets people for being Muslim.

It does not limit free speech and it does not prevent or close down any debate about religion. What it does do is provide a basis on which to properly recognise the specific characteristics inherent in Islamophobia so that we can challenge and overcome them.

When Muslim people and our representatives speak out about Islamophobia and anti-Muslim prejudice, we are asking you to listen and stand with us in our fight to root them out. And everyone in the Labour Party – an anti-racist party, with a commitment to solidarity and respect at its core – should be an unwavering ally in that fight. 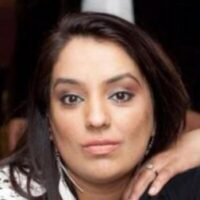 View all articles by Naz Shah