The Labour Party is at its strongest when it is united. When we work towards a common goal, we can achieve extraordinary things. We are the party of the NHS, the Open University and the national minimum wage.

When I lost my Darlington seat in December, and seats were lost all across the country, we were all devastated. The 10pm exit poll was a gut punch for the whole of our movement. Our party was formed to stand up for working people in parliament. We cannot do that if we are locked in opposition as we have been for the last ten years. We have to get back to winning. Only then can we be a force for change.

That’s why I am backing Keir Starmer to be the next leader of the Labour Party. That’s why I have been proud to chair his campaign – a positive campaign, focussed on how we build a better future for our party and our country. Speaking to members the length and breadth of the country these last few months has re-energised me. There is so much hope and optimism in our movement, and I know if we harness that we can get back into government.

Keir has struck the right tone through this contest, making clear that we’re not going to trash the records of any Labour leadership. The last Labour government delivered record funding for the NHS, the minimum wage and Sure Start centres. And under Jeremy Corbyn’s leadership, we’ve resolutely been opposed to austerity, we’ve championed the Green New Deal and we’ve built a movement of half a million people.

In these times of fear and uncertainty with the spread of coronavirus, the British public more than ever needs to see a leader of the opposition they can trust. Keir has experience in bucketloads – whether it is as the Director of Public Prosecutions, where he led a large national organisation and transformed its outlook on prosecuting violence against women and girls, or in parliament, standing up for the rights of workers and safeguarding the environment as we leave the EU.

We’ve seen the best of our society in these past few weeks. People are pulling together to support their neighbours, and new community groups have sprung up to provide essentials for the elderly and vulnerable. Being socially isolated doesn’t mean that we are alone.

As we face an uncertain future, we need a Labour leadership that we can depend on. One where we stop attacking each other and instead become laser-focussed on opposing Boris Johnson’s Conservatives.

With an 80-seat majority, the Prime Minister will feel free to pursue whatever agenda he likes in parliament. We need to look to the next election from now on – and ask ourselves who can win in 2024. We need a Labour Party that can win elections and change people’s lives. Keir knows this. That’s why I’m backing him to be leader of the Labour Party. 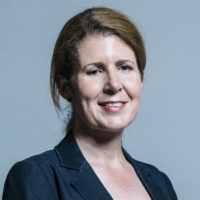 Jenny Chapman was MP for Darlington from 2010 until 2019. She is currently the chair of Keir Starmer's leadership campaign.

View all articles by Jenny Chapman