Jeremy Corbyn and John McDonnell are figures unlike any other in Labour’s history. Brought to prominence by the strength of the grassroots left in the 1980s, they soldiered on through the Tony Blair years and out the other side. While hundreds of thousands of members resigned and much of the parliamentary left cosied up to New Labour, Corbyn and McDonnell turned outwards, making themselves the heroes of generations of anti-war activists, anti-fees protesters and militant workers. One of my earliest memories of them was watching them climb in through the windows of a student occupation (university security had barred the doors).

Their elevation to the Labour leadership shocked the world in 2015, though in reality it was one of a long string of connected shocks. The worst financial crisis since the Great Depression was also a surprise, as was the near-total collapse of trust in politics and public institutions that followed the phone hacking scandal and Nick “free education” Clegg voting through £9,000 tuition fees. The sudden rebirth of the student movement in 2010 and the mass anti-austerity protests that followed seemed to come from nowhere and then to evaporate, until, in the summer of 2015, they found political expression.

What many didn’t appreciate in 2015 was that, with the centre having fallen out of politics, the nationalist right had its own plans to shock the political system, with the support of most of the existing ruling class. Across continental Europe, in Brazil and in the US, they gathered around populist demagogues. In the UK, they gathered around Brexit, a project designed primarily not to take Britain out of the EU but to smash the left, and reframe politics around race and nation. The Corbyn leadership failed in large part because it refused to recognise this, and failed to develop a coherent policy on Brexit.

Following the EU referendum, the crucial task for the left was to articulate a policy that didn’t give ground on immigration and nationalism, and that could unite enough of the electorate behind Labour. With a Tory majority in parliament, Another Europe is Possible argued for the softest possible Brexit, with a particular emphasis on defending free movement. Our campaign received no support from the leadership, was widely denounced as a plot to undermine Corbyn, and was blocked by Momentum (on the instruction of the leader’s office) from even being debated at party conference in 2017.

Corbynism’s strength lay in its rejection of triangulation and centrism. But on Brexit, the leadership swung in the wind. Its initial policy after the referendum was one of acceptance, including a support for harsher immigration controls that put it to the right of many ‘Labour moderates’ on the issue. From February 2018, this was tempered very slightly with support for a customs union. In mid-to-late 2018, the party entered its tortuous ‘all options on the table’ phase, until eventually – following Labour’s collapse in the 2019 European elections – it finally openly supported a public vote. Even then, it refused to say how it would campaign in a referendum, and pushed back hard when we took support for Remain to conference that year.

The end result of all of this was that Labour spent three years attempting to position itself, when what it needed to be doing was combatting the wider politics of the Brexit project and winning back key chunks of its electoral base, much of which had been ebbing away for years. Either a soft Brexit or a public vote position could have formed the basis of this effort, if Labour mounted an effective public campaign. The 2017 election provided a false lesson in this sense: constructive ambiguity could perform well in the earlier stages of Brexit against a dire Tory election campaign, but there was no hiding from the deeper processes that were at work. You can’t change the subject indefinitely if the subject is the biggest issue in public life and your opponent’s main project.

Explaining the leadership’s lack of coherence on Brexit is a complex task. The role of senior aides was certainly a complicating factor. For people like Seumas Milne, Andrew Murray and, privately, Len McCluskey, Brexit is not a setback to be carefully navigated, but a positively good thing. The presence of supporters of Lexit (which is by definition a hard Brexit in economic terms) could go some way to explaining why the leadership was so hostile to even a soft Brexit position in the early stages of the process in 2016 and 2017. But really, Labour’s Brexit policy was a casualty of the deeper problems with the Corbyn project: machine politics, siege mentality and a failure to break with the deep culture of the Labour Party.

The 2015 promise of ‘a new kind of politics’ encapsulated a lot of different elements. It stood for youth, radicalism, an unapologetic break with the past, and opposition to an ‘old politics’ characterised by bullying, spin and deals behind closed doors. Implicit in it was also a kind of pluralism, a broad church approach that expanded Corbynism to encompass much of the soft left and that could provide a space for unity and realignment.

But in practice, Corbyn’s Labour was run not by a new kind of politics, but the left wing of the old politics – the leadership of Unite, and those aligned with old school Bennism and the Morning Star. To them, movements and parties were things that needed to be managed, not unleashed. Open selections were a threat to the influence of crucial allies, and letting the members (overwhelmingly anti-Brexit, overwhelmingly pro-free movement) decide party policy was a liability.

To say that the new politics and the machine remained in tension would be an understatement: the machine won. Even Momentum, the supposed home of the new grassroots left, had its internal democracy dismantled in order to become a more effective and obedient tool for supporting the leadership. All of the routes to establishing a clearer position on Brexit, or even opening a dialogue with the leadership, were shut off. The position was hammered out behind closed doors by the professionals all the way until conference 2019.

The centralisation and lack of democratic renewal in Corbyn’s Labour owed much to a sense of being under siege. With the majority of the parliamentary party and the media constantly seeking to sabotage the left leadership, many grassroots activists and senior figures prioritised loyalty over everything else, especially after the ‘chicken coup’ of 2016. This created a culture in which dissenting from the leadership on any major issue was indistinguishable from being best mates with Chris Leslie. The unwillingness or inability of the left to push the leadership was unhealthy in general, but it was particularly damaging on issues where the leadership had got it wrong and needed pushing. Brexit was such an issue, as was immigration.

Throughout much of this, the role of Jeremy Corbyn himself was marginal. As one of the nicest people in politics, this brand of machine politics was not his idea. He was not a Lexiteer, or at least not an avid one. He reportedly mainly wanted the issue to go away, and perhaps that was his greatest failing on the subject. Unlike John McDonnell, who is quite willing to get stuck into controversies (just ask Ken Livingstone), Corbyn has a history of standing above the fray on issues, like Brexit, which divide the left. Labour needed early and decisive leadership on Brexit, however difficult that might be, in order to stand a chance. It didn’t get it.

Labour is a political vehicle capable of transformative change, but it is also an institution weighed down by a century and more of bureaucracy and opportunism. It is a place where patronage and careerism, crude electoralism and machine politics rule. If there was ever going to be a break with this way of doing things it would have to come from the left, and yet despite the promise of 2015 and his own instincts, Corbyn’s leadership did not challenge it. Under siege from the media and the PLP, the leadership failed to break the mould of labourism and failed, in the little time that it had, to lift the horizons of the party members beyond the usual rhythm of loyalty to the leader, canvassing in the rain and vanquishing internal opponents. As a result, the next chapter in Labour’s history will be a turn away from the radical spirit of 2015, however delicately managed that turn may be. 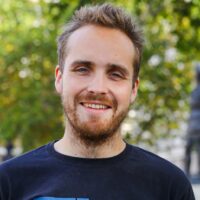 Michael Chessum is national organiser for Another Europe is Possible.

View all articles by Michael Chessum