Being a Black, Asian or minority ethnic (BAME) member of the Labour Party has been a constantly frustrating experience. For many years, there has been failure to engage properly with BAME communities and to take BAME voters seriously. We believe that the lack of effective structures and the utilisation of BAME people and issues as ammunition in factional battles is largely responsible for this situation. In particular, we have been badly let down by BAME Labour. Though it has implemented some successful initiatives and organised several useful events over the years, it has been largely invisible and on major internal issues there has been a deafening silence.

The ineffectiveness of BAME Labour has been demonstrated by its feeble response to the recently leaked report intended as an annex to the Equality and Human Rights Commission investigation into the party. The report has understandably caused much consternation and distress amongst BAME members. The revelations underscore what many of us have experienced as Labour activists: a culture in which we are privately demeaned by those at the heart of the party. For too long, the legitimate concerns of BAME members – whether on racism, antisemitism or Islamophobia – have been used to further certain agendas in a political game of football.

To add insult to injury, we have seen a party machinery betraying the confidence of those who seek to call out racism and challenge it. The publishing of complainants’ personal details online has undermined what faith BAME members can have when trying to seek justice in the future. And crucially, we should not lose sight of the fact that the EHRC inquiry is focused on the issue of antisemitism. The leaked report should not be seen as an opportunity to deflect from the attempts to eradicate this prejudice that has infected our party.

As BAME members, we have decided to no longer waste our energy on frustration and hoping for BAME Labour to step up. We cannot risk losing another generation of activists because BAME Labour has prevented its members from any form of engagement. That’s why we are launching the Labour BAME Network.

Our motivation is simple: we want to move away from the toxicity and animosity that has characterised so much of our party’s history and undermined BAME activism. LBN will be pluralistic, respectful and represent a cross-section of views within the party and the BAME community. Beyond providing a much-needed forum to air grievances and propose solutions, we have ambitions to establish training schemes, mentoring and networking opportunities. We seek to provide a multimedia platform for members to get involved in – from blogs to discussion forums and much more as we grow.

We welcome the various BAME groups that have been formed in recent weeks, and look forward to working with those who share our commitment to implementing much-needed internal culture change and strong advocacy on issues that affect ethnic minorities. Fundamentally, BAME members require an organisation that is fit for purpose, communicates effectively and builds positive relationships with all parts of the party. LBN will be proactive and react quickly to issues that impact BAME members and communities.

We hope you will join us in our mission to bring about a more positive culture within Labour and advance anti-racist politics. Please sign up here if you’re interested. 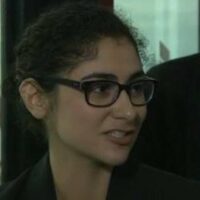 Pouneh Ahari is secretary of the Labour BAME Network.

View all articles by Pouneh Ahari 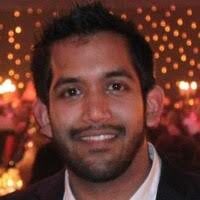 Shakerul Haque is director of the Labour BAME Network. He is currently campaigns coordinator of Clydesdale CLP.

View all articles by Shakerul Haque