Pressure is rising on the government to scrap the ‘no recourse to public funds’ (NRPF) stipulation on individual’s immigration status. The NRPF stipulation means that those without leave to remain in the country or those who have been given partial leave to remain in the country with permission to work are nonetheless not entitled to the vast majority of benefits – including full free access to the NHS, Universal Credit and other in-work benefits. Many of these people are single mothers, and the pressure this puts on families is absolutely immense. The details can be found in the Children’s Society’s 2016 report ‘Making Life Impossible’ and the Unity Project’s 2019 report ‘Access denied: the cost of the ‘no recourse to public funds’ policy’.

As Rebecca Long-Bailey put it last week, the global health crisis “shows us what we should have known already: that we are all connected; the health of one impacts the health of all”. Or as I like to say: no human is an island. In 2012, I was a family support worker in the East End of London, and as a charity we saw our case load grow exponentially with people seeking help with the then-new immigration condition of NRPF. Most were single mothers with British-born children. Working first-hand with these families living in abject poverty with little to no help – and often outright hostility – from local government, who themselves were under pressure from national government, it was easy to see the immorality of this policy.

And yet, it has persisted. In spite of numerous challenges from legal bodies, charities, activists and politicians, the government has managed to obfuscate a proper review into the condition. This is despite having been compelled to enact a review by work funded and carried out by the Strategic Legal Fund, Deighton Pierce Glynn legal practice and the Unity Project. On March 24th, the High Court was due to take another look at the legality of the NRPF condition. This has been postponed until much later due to the coronavirus pandemic.

Knowing this, 98 MPs – 76 of whom were Labour – wrote an open letter to the government last week, asking for the NRPF condition to be temporarily suspended. No response has yet been offered, however legal challenges have persisted and this Friday, April 3rd, the Divisional Court will hear an application to do just that. If the government does not act, our hope seems to be with the courts. As solicitor Adam Hundt said: “The people affected badly need help if they are to keep themselves and others safe. Hopefully the government, and if not then the court, will ensure that help is forthcoming.”

I hope beyond hope that the condition is lifted, and not only for those in work who cannot claim benefits but also for those not in work – often living with heavy childcare responsibilities in difficult, cramped and unsanitary environments. A policy that not only allows but actively enables and ensures that children grow up in extreme deprivation is an utter disgrace to us as a nation.

The coronavirus crisis has highlighted the importance of these people being supported, not only for their sake but for the sake of the whole society. Whether it is the government or the court that temporarily lifts this condition, at the end of these terribly difficult days we as a party must not forget those children and families for whom the government has been so thoroughly negligent. Who, only in this time of unprecedented crisis, seems willing to act. If the NRPF condition is even temporarily suspended, we must push for it to be suspended for good. 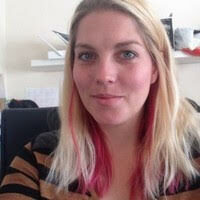 Elizabeth Booker is a doctoral researcher at Goldsmiths College, University of London.

View all articles by Elizabeth Booker