Within hours of victory, new Labour leader Keir Starmer had already vowed to work with Boris Johnson “in the national interest” to tackle the mounting coronavirus crisis – following a letter from the Prime Minister urging opposition leaders to “work together” during the outbreak. The government has recognised the need for strong scrutiny and cooperation from the opposition on the response to Covid-19, with Michael Gove issuing a charm offensive to journalists last week.

All sides recognise this: with new emergency powers come new risks. From the off, Starmer will have to cooperate while also using his skills of cross-examination to ensure that they aren’t abused. Each day during parliamentary recess, life-changing decisions are being made. With parliament unable to meet, that means opposition parties must innovate.

There is no contradiction here. Working together, alongside in-depth scrutiny, are the norm among most advanced democracies. For this to happen, parliament has to modernise fast. The days before recess saw MP attendance rightly plummet. Yet at first, authorities continued as if nothing was happening – allowing voter representation to fall away while decisions were ‘nodded through’. That is now starting to shift as everyone realises the gravity of the situation.

While it is still unclear when parliament will sit again – a decision in the hands of only the government – Labour must closely monitor the situation, ready to call for parliament to return early if necessary. As one writer noted in the Financial Times: “The government, which is bound to make mistakes in these most difficult times, is not being scrutinised or tested. In this crisis, the centre of British democracy is missing in action.”

Former Commons clerk David Natzler recently set out just what was needed to implement a “virtual parliament” in Westminster – and Labour would do well to draw on its findings. One idea is for Labour and opposition parties to lead the way in convening a cross-party coronavirus response select committee to meet digitally during recess. We could follow the cross-party model used in New Zealand, where MPs there are grilling ministers and officials severally times a week over video-link.

The Commons’ rules have already been changed to allow select committees to meet digitally during recess. Now we just need the will to drag MPs into a dedicated Covid-19 crisis group – something that will take quick leadership. And there is other cause for hope: the Speaker this week confirmed that plans are in place to deliver a virtual parliament after the Easter recess, with MPs calling in remotely to debate and deliberate.

Numbers of MPs attending parliament collapsed before recess as the coronavirus crisis kicked in. If they cannot meet in person, MPs must be able to debate and vote remotely from isolation. Labour could lead the way on this: working up proposals with other parties for how to drag parliament into the 21st century at this urgent hour.

In Wales, we’re already seeing the fruits of democratic innovation. The Labour-Lib Dem administration has backed the first live-broadcast, virtual Senedd this Wednesday, allowing assembly members to remotely meet and conduct assembly business. It is now up to Westminster to follow their lead.

The reality is that, under Westminster’s warped set-up, we have a government that has been handed a large majority on a minority of the vote. All the proposed changes to bolster scrutiny are only temporary – and it will take more than technology to deliver the real democracy we need in parliament. But we have to start here and now, to fill the vacuum of scrutiny.

The new Labour leadership has shown an openness to real reform. During the leadership election, the Electoral Reform Society wrote to all leadership candidates asking them to set out their stall on how to empower voters. In his response, Starmer was clear: “We’ve got to address the fact that millions of people vote in safe seats and they feel their voice doesn’t count. That’s got to be addressed by electoral reform. We will never get full participation in our electoral system until we do that at every level.”

Right now, voters risk being silenced altogether if parties do not agree on steps towards a virtual parliament. As David Natzler noted: “This would require government assent and cross-party support, and in particular the agreement of the new leader of the opposition. But if the government is willing to co-operate, there is at least a real prospect of virtual Commons chamber proceedings some time soon.” This health crisis mustn’t be allowed to exacerbate Britain’s democratic crisis. Now more than ever, we need to drag our creaking institutions into the modern age. 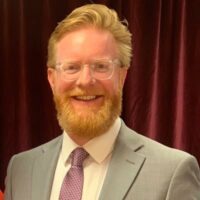 Darren Hughes is chief executive of the Electoral Reform Society.

View all articles by Darren Hughes