Possibly the greatest gift that a new Labour leadership team could give to a nation rocked by the Covid-19 health crisis is some innovative thinking about a business-like plan for a healthy economic recovery. Labour’s instincts have always been generous and inclusive. These now need to be linked to actions that can mobilise the economy in a direction that is both popular and effective. They must deliver solutions to the new problems caused and to those exposed by the crisis.

It has been estimated by the Office for Budget Responsibility that the crisis could see UK GDP fall by 35% in the coming months. Neither the pain nor the subsequent recovery opportunities will be spread evenly. The large government rescue package may stave off absolute catastrophe, but will leave many low-paid people with higher debts. Many small businesses, if not actually insolvent, will have both higher debts and reduced sales prospects. The government, too, will have a dramatically worsened budget deficit and increased national debt. For businesses and individuals who have the capital and/or income to weather the storm, prospects are far better. Both local and foreign firms may seize the opportunities for mergers and acquisitions at knock-down prices.

There are parallels with the post-2008 situation, and some differences. From 2010, the coalition administration adopted the standard ‘Treasury view’ on balanced budgets and cash conservation. Politically, this was justified on the now less credible grounds of possible bond market scares and inflation risks. The massive aid to banks via quantitative easing cushioned the financial sector, but did not trickle down to ease the credit problems of small businesses. Cuts to social services and investment programmes further reduced the capacity of the economy to recover. The exceptions are London and the South East, which are linked to the international financial and technology sectors. Labour did not effectively challenge this approach, and it became the accepted wisdom. The outcome was that those with assets prospered and the rest of the nation got used to no growth in productivity and real wages, and to poorer public sector services.

The post-Covid-19 recovery could follow the same course if the government again listens too much to the Treasury and Bank of England and tries to recoup crisis spending quickly and minimise recovery spending. If this happens, we will see many bankruptcies and insolvencies and a very slow recovery. This time, however, Labour is in a stronger position to argue for a different approach. Not only has austerity demonstrably failed to regenerate or rebalance the economy, but notional state spending limits have been set aside in the national interest. It is also clear that renewed private consumption will not be able to reboot the economy quickly. We thus now need focused and visionary state investment for recovery, to rebalance and reshape the economy for a fairer and more sustainable future. Labour has done much of the thinking towards such an approach. It may not have led to electoral success so far, but it positions the party on the right side of the argument.

Far from George Osborne’s spectre of state spending crowding out the private sector, business will readily understand the need for investment-led growth. It will willingly partner the government on industrial development programmes and the subsequent use of improved skills and facilities. To bring this about will involve more borrowing by means of monetary finance or gilt sales. Success will depend on spending this money wisely. Business would welcome a delay to the final Brexit deal. The end of December 2020 deadline was always tight, and to divert precious time and borrowed financial resources to it now would be unjustified and wasteful. It would also add a big burden to business at a time of major economic uncertainty.

Some short-term recovery measures that would pay off quickly relate to the digital infrastructure that has been so useful during the crisis. Better mobile coverage, higher capacity universal broadband, and a nationwide 5G rollout would all aid productivity, jobs creation, and reduction of our carbon footprint. The need for a green transition to renewable energy is also still critically important. There are many projects for generating, distributing, and saving energy that need immediate investment and national coordination. These will help with economic and employment issues, and dealing with the climate emergency.

Because it is not in power, Labour must win these arguments in the court of public opinion. It is well placed to do this, with a strong team that can lay the groundwork for a return to power when the time comes. 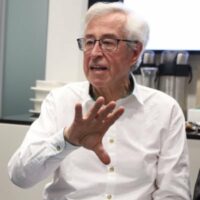 Rod Dowler is chair of the Labour Business business policy group and chair/CEO of the Industry Forum, a small independent think tank that has worked closely with Labour since 1993.

View all articles by Rod Dowler