New Labour leader Keir Starmer has been given a boost thanks to YouGov polling today that shows he has a net approval rating of +23, which is higher than that of Boris Johnson.

Asked whether they thought Keir Starmer was doing well or badly as leader of the Labour Party, overall 40% said “very well” or “fairly well” and 17% said “very badly” or “fairly badly”.

His net approval rating of +23 compares well to that of Boris Johnson, whose net rating has fallen to +22, though a total of 57% still say the Prime Minister is doing well. 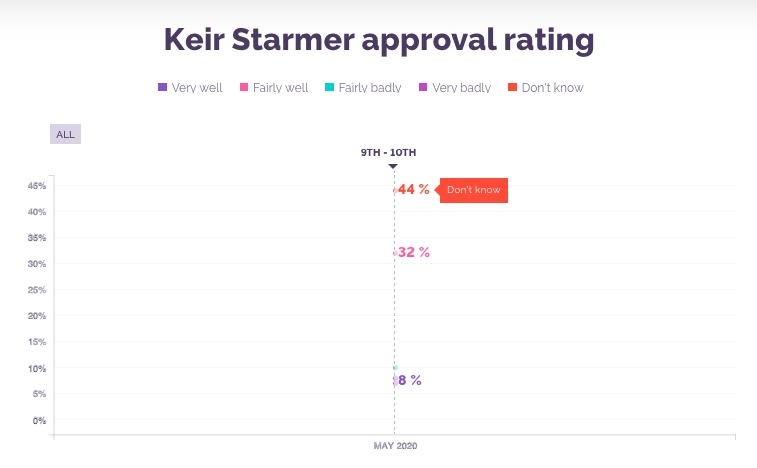 Indicating that there are still low levels of familiarity with the Labour leader among members of the public, a substantial 44% replied “don’t know” to the YouGov question.

His ratings are notably different between Remain and Leave voters, with a majority of the former – 52% – saying well while a lower 35% of the latter said well.

More Conservative voters said he was doing well than badly, at 34% and 25% respectively. Lib Dem voters were very positive about Starmer, with a higher percentage saying well (63%) compared to Labour voters (54%).