This year marks the 21st anniversary of the establishment of the National Assembly for Wales, now the Senedd. Throughout this time, Wales has had a Labour-led government. The slogan “clear red water”, first used by Rhodri Morgan – First Minister of Wales between 2000 and 2009 – describes the distinctive and socialist flavour to Welsh politics.

Wales can be proud of its radical and socialist tradition, from the raising of the red flag at the Merthyr rising of 1831 to the internationalism of the Welsh miners and the birth of the NHS taken from Tredegar by a Welsh MP. Our devolved Labour-led government still holds a strong commitment to publicly owned services. We have retained a largely publicly owned NHS in Wales, and led the way on free prescriptions.

Alongside Scotland and the UK, Wales led the way in declaring a climate emergency. We have the best rates for domestic recycling in the UK, we were the first to begin charging for plastic bags and we’ve banned fracking. We were also first with the Wellbeing of Future Generations Act 2015. In the spirit of that legislation, the Welsh government passed a bill allowing 16- and 17-year-olds to vote in Welsh elections.

Wales is also helping to lead the way in developing an inclusive, largely foundational, economy. We are taking a social partnership approach to promote fair work that safeguards workers’ rights and conditions, encourages locally based procurement policies and promotes the principle of public investment and employment with a social and community purpose.

And there have been some positive and distinctive steps taken by the Welsh government during the coronavirus pandemic – like the two-metre social distancing guidance being enshrined in law, and care staff being provided with an additional payment of £500. But this has taken place within continued Tory government constraints on our devolved powers and funding.

A decade of brutal austerity has stripped Welsh councils of £1.6bn from their budgets. The Barnett formula is ill-equipped to meet Wales’ funding needs. Throughout this pandemic, an estimated £526m of Welsh government revenue spending has not been covered by central government.

Despite the progress made since devolution, we in Wales – like the rest of the UK – still face many challenges, and poverty and inequality persist. 23% of the population live in poverty with child poverty rates even higher at 29%. At the same time, Wales now has five billionaires and the 29 wealthiest people in Wales have a combined worth of over £15bn. The death rate in the most deprived areas of Wales has been more than twice as high as in the least deprived areas during the pandemic.

Now is the time for clear red thinking, leading to action on what Wales and the rest of the UK will look like in a post-coronavirus world. In Westminster and the media, there is already talk of a freeze on public pay and cuts to public spending to pay for our Covid-19 debts. We can’t allow that to happen.

There can be no return to the austerity and privatisation policies that so severely undermined our NHS and local authorities. It is time we properly rewarded those who keep our society running. It is not hedge fund managers saving lives and keeping our country going during the pandemic.

We must go further to tackle climate change. This is an even greater threat to the planet than this pandemic – but it also presents us with opportunities. Governments must now invest in a green industrial revolution, creating over a million new jobs.

It is time, too, for a debate on constitutional reform – and I welcome Keir Starmer’s commitment to exploring this – in order to build a new long-term political and constitutional consensus. All parts of the UK should be properly and fairly funded without the need for a begging bowl whenever needs arise. And what of the implications of Brexit? How much will this Tory UK government attempt to retain powers, and funding, that should come to devolved nations?

All four nations of the UK can learn from one another, and it is time for some of that clear red water to seep from Wales into the rest of the UK. We should act in unity to stand up and campaign against the damaging policies of this regressive Tory government. We need that clear red water turned into clear red action – now more than ever, as we fight to give future generations across the UK a fairer, greener, socialist future. 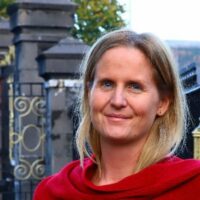 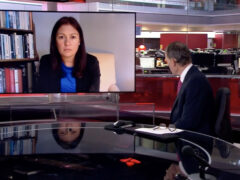 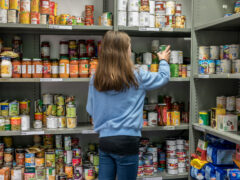 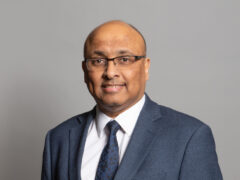