Yvette Cooper has tabled a cross-party amendment to the immigration bill that would expand the government’s free visa extension scheme and ensure it applies to all health and care staff. 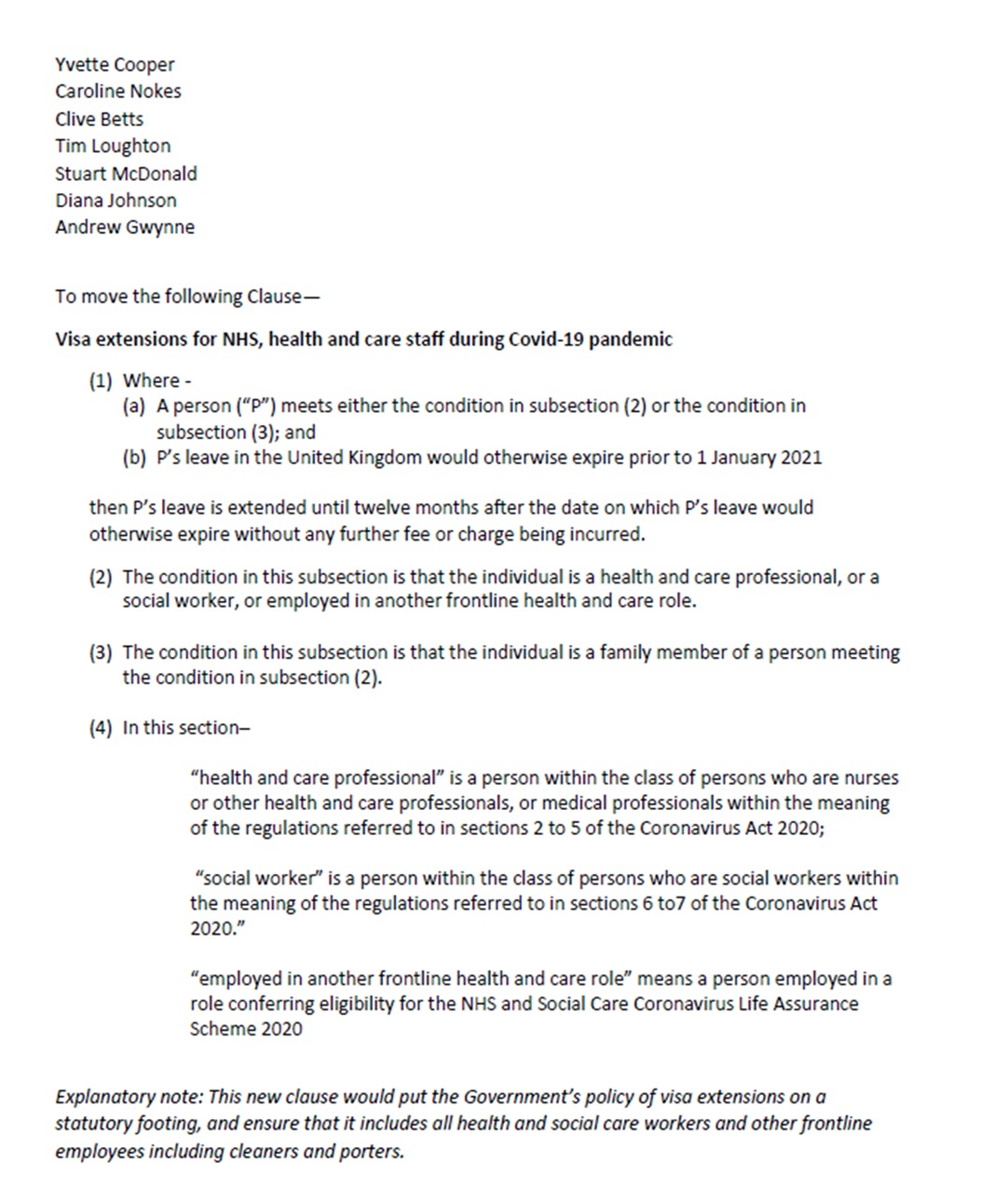 Commenting on the proposal, Cooper said: “It’s very welcome that the government has agreed to lift the Immigration Health Surcharge for NHS and social care workers, and to extend the bereavement scheme to care workers and low-paid NHS staff.

“However, care workers and low-paid NHS support staff on the frontline are still having to pay hundreds of pounds to go through the visa renewal process during the crisis as they still haven’t been included in the free visa extension for NHS medical staff.

“That’s not fair on them and means they aren’t being treated equally even though the government has recognised that care workers and support workers are just as much on the frontline as medical staff.”

The select committee chair added: “The Home Affairs Select Committee asked the Home Office on 14th April to expand the visa scheme to include these vitally important lower paid and social care staff.

“No one providing frontline care in the UK during this crisis should be wrestling with the immigration system or worrying about visa renewal fees.

“Now the government has agreed to do the right thing on the surcharge and bereavement scheme, I hope they will also accept this amendment and do the same for the visa extension scheme.”

The home affairs committee has written to Priti Patel today, urging the Home Secretary to expand the eligibility for free visa extension to frontline workers in social care and NHS support staff such as porters and cleaners.

The committee has raised the issue before with the Home Office in letters sent on April 14th, May 4th and May 12th. The move would help health and care staff whose visas would otherwise expire before the end of the year.

Earlier this week, Cooper told the Commons she would defy a three-line Labour whip on the immigration bill and not vote against the Tory legislation at its second reading “in cross-party spirit”.

She said: “I believe that this bill is flawed, but I recognise that legislation on immigration is now needed. And as select committee chair, I will put forward amendments that I hope will receive cross-party support.

“In that cross-party spirit, I will not vote against the bill tonight, although if the government’s approach does not change I would expect to oppose it when it returns to the House.

“Because I think it is immensely important we should be trying to build that new consensus. And I urge the government to do so because it has the opportunity to do so now.”

Cooper was one of a handful of Labour MPs who purposefully abstained on the bill at second reading, while several others – including frontbenchers – said they did not vote against due to technical difficulties.