In recent weeks, there have been assertions from people within the Labour Party that have sought to take positions on Ireland’s constitutional question. These have come from both perspectives – that Northern Ireland should remain part of the UK, and that it should form part of a united Ireland. Whilst this is a very small minority of people, it has shone a light on the ignorance of too many in Britain around this issue.

It is an ignorance far more prevalent outside our party and movement than within, but that should not be a measure of success nor grounds for complacency. Because in this context, ignorance is neither blissful nor harmless. Put simply – it is not for people in Britain to advise or decide what the people of Ireland do. To believe otherwise is to undermine the spirit and letter of the Good Friday Agreement.

The agreement is a peace treaty registered at the United Nations. It enshrined that, on the key constitutional issues, power should rest with the people of Ireland to decide their fate – not those in Britain. It transformed the island of Ireland. It brought peace and stability, and provided the basis for power-sharing and institutional reform to make government more representative.

The people of Ireland have agency and should be allowed, unlike at many times in history, to make decisions about their constitutional future without people in Britain interfering or conferring some grandiose validation and approval. Labour, trade unions and the wider labour movement in Britain does not take formal stances on the constitutional question. We have a proud record as a neutral, honest broker on these issues.

The Democratic Unionist Party – and many leading Tories – opposed the Good Friday Agreement initially and have since undermined it, whereas Labour and the trade unions played a crucial part in negotiating it and continue to support it. I believe in Labour as a party of the workers, as a party of equality and as a party of peace. It’s why one of my favourite Irish political leaders in history is John Hume – a civil rights leader, Social Democratic and Labour Party leader and trade unionist.

John became the first – and remains the only – person in history to win the three major global peace awards. The Nobel Peace Prize, the Ghandi Peace Prize and the Martin Luther King Peace Prize. John knew that critical to a sustainable peace was power sharing within Northern Ireland, cooperation across the island of Ireland, and respect between Britain and Ireland and their people. These are the values of Labour too, alongside a commitment that we will only spill sweat in the pursuit of peace. Let that be the common ground we walk together. 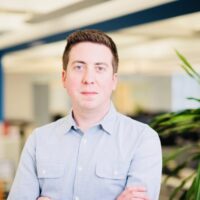 Liam Conlon is chair of the Labour Party Irish Society.

View all articles by Liam Conlon