Just one day after Keir Starmer announced that he would be tabling an amendment to the immigration bill to exempt NHS and care workers from the immigration health surcharge, the government U-turned. It is another example of the new opposition leader using Prime Minister’s Questions to great effect. While it may not be watched by most of the population, it is closely followed by political journalists and MPs who can then put pressure on the government to change its mind on key policies. The skill in this move was not coming up with a proposal (the exemption idea had already been raised at a coronavirus press conference), but simply in picking the right one. Starmer has a knack for judging a mood and positioning himself to match it, as he showed in the Labour leadership election.

Does the new exemption for NHS and care workers get to the root of the problem with the health surcharge? Arguably not. When confirming the U-turn, a No 10 spokesperson said: “The purpose of the NHS surcharge is to benefit the NHS, help to care for the sick and save lives. NHS and care workers from abroad who are granted visas are doing this already by the fantastic contribution which they make.” The underlying assumption that migrants should pay an extra yearly fee – despite paying taxes like everyone else – has not been challenged. That many lives will be improved by this “victory for common decency”, as Starmer put it, is not to be dismissed. And this is a solid win for the opposition leader. But Labour’s job is not done.

In internal news, Labour’s next general secretary will be one of the applicants on this shortlist of six drawn up yesterday. Starmer allies had been worried that the majority-left panel would stitch up the process and exclude those candidates favoured by the leadership. (In 2018, the national executive committee was offered a choice of just two.) But this has not happened: the shortlist reflects the whole spectrum of political opinion in the party – including lefty Andrew Fisher, the Co-op’s Karin Christiansen, and Blair-era aide David Evans. This is despite the latter attracting strong criticism from the Labour left.

FBU leader Matt Wrack has warned colleagues against picking Evans for the top post, arguing that the former assistant general secretary is a “factional figure” and “likely to be extremely divisive”. This is largely on the basis of a 1999 report Evans authored that was scathing of local parties, described as “dysfunctional” and “more like Trotters Independent Traders than Marks & Spencer” in terms of “high street presence”. The FBU and the Bakers’ Union say he cannot be a “unifying figure”. But he has many enthusiastic supporters, particularly in local government – council leader Stephen Cowan has written here about how he helped them facilitate a local landslide for Labour – and crucially on the NEC.

Evans is not an inevitability: Christiansen is also favoured by NEC members, and could come through the middle as the unity candidate. The full NEC will hear from the six applicants on Tuesday and hold its vote then. We can confidently predict that the leader’s office will be pleased with whomever is ultimately chosen. Before then, you can read the first of Jonathan Ashworth’s new weekly LabourList series on Labour’s response to Covid-19. He kicks off with demands for a testing and tracing strategy, more support for care homes, and some strong comments on government outsourcing in the coronavirus crisis. Sign up to LabourList’s morning email for everything Labour, every weekday morning. 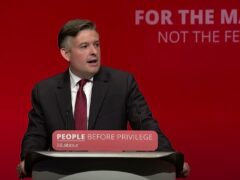 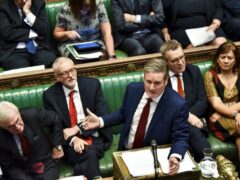