Labour’s national policy forum (NPF) will launch a consultation on eight policy topics tomorrow, May 20th. But the future of the NPF itself is uncertain, and we do not know what reforms to policy-making the new Labour leadership might want. In recent years the forum has been sidelined in its role of preparing policy. The time is approaching when the party must decide whether to reform the NPF or replace it altogether.

Obviously, it is not top of the agenda in a year when we don’t even know whether there will be some kind of virtual annual conference. This year’s NPF consultations will be greatly truncated and the documents for conference much less ambitious. It might surprise Labour members to know that the NPF has not met since February 2018. Its work has devolved to the eight policy commissions, which some believe are the most valuable part of the NPF.

One problem of this way of working is that NPF members have input to only one of the eight priority topics presented to annual conference. It was embarrassing for me to be asked to explain to a conference delegate an NPF report that I didn’t see myself until the start of conference. It seemed like I wasn’t doing my job as a representative.

In the last two years, the NPF has consulted on 16 priority topics with work carried out by the eight policy commissions supported by party staff. However, the consultations did not lead to draft policy statements. Conference was presented instead with factual reports on the process of the consultation but with no conclusions or recommendations for future policy.

The party must decide either to reinvigorate and reform the NPF or put something else in its place. If the latter, then there are two qualities of the current arrangement that we should preserve. The first of these is its deliberative approach to policy-making. It offers a more rational method than can be achieved by late night compositing meetings during conference itself. It allows proposals to be examined in depth, and for stakeholders to give evidence. The arguments for a policy can be sharpened and the trade-offs between objectives considered.

Many Constituency Labour Parties (CLPs) organise special meetings to discuss the priority topics and feed their views into the process. This means that the consultation exercises not only gauge opinion among party members but also stimulate discussion, broaden understanding of the issues involved and share ownership of the results.

Secondly, the NPF has a particular value in tying together of Labours two policy-making streams. The first is the one with party members in control – discussions and resolutions debated and decided in CLPs, union branches and other affiliates are submitted to the national executive committee (NEC) and to annual conference.

The second runs through the shadow cabinet. Shadow ministers have their own policy advisers. They commission research, convene groups of experts and spend time in conversation with stakeholders – unions, firms, associations, think tanks etc. – and develop their own policy positions. The shadow cabinet role in policy-making is recognised in the existence of the Clause V meeting, which decides the manifesto, and the joint policy committee (JPC) where the NEC and shadow cabinet coordinate policy between elections.

The NPF has provided a mechanism by which party activists engage directly with the shadow cabinet. In my experience, shadow ministers have been very good at briefing NPF policy commissions on the research and frontbench policy thinking. My preference is to re-establish the NPF with a broader mandate to review all aspects of policy. However, if it is abolished, we should seek new structures to enable the continuation of a deliberative approach empowered by activist and frontbench cooperation. 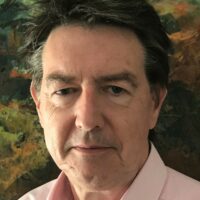