Let’s be fair. Any Prime Minister, any government of any party, would be struggling to deal with Covid-19 crisis. Clement Attlee, Harold Wilson, Tony Blair, Gordon Brown and the many able ministers they led would have been challenged by the health and social care crisis that we are now facing, and the consequent economic shock that is likely to affect us for years to come. And while some ministers have impressed more than others, the overall picture is of a government running to stand still. The daily Downing Street briefings are reports of work in progress in so many areas.

There has been progress, all too often over-egged for my liking, but it is happening against the background of a still mounting death toll, and persistent complaints about a lack of personal protective equipment and difficulties in getting testing done. We are a long way from a system of tracking and tracing. Surely Boris Johnson and his team owe it to our public service heroes to spend every working minute on tackling this many-head crisis. As I see it, they should put first things first.

That means an extension to Brexit negotiations is the only sane course. It is in the national interest, and polling shows it is supported by voters. This is emphatically not a call to thwart Brexit. Brexit will happen. The government has a double mandate: from the 2016 referendum and the 2019 general election, however much that depresses some of us.

What I’m saying is that it is a betrayal of hundreds of thousands of heroic public servants to go out and applaud them on a Thursday evening, then to be sidetracked by an ideological drive to conclude negotiations with the EU by the end of the year. Refusing to seek an extension risks doing both jobs – tackling the crisis and making a success of the EU negotiations – badly. And it is already pretty clear that a fixation with Brexit has damaged the fight against the virus.

Johnson and his ministers had their eyes off the ball as they celebrated our formal departure from the EU on January 31st. A devastating Sunday Times report revealed: “Johnson skipped five COBRA meetings on the virus, calls to order protective gear were ignored and scientists’ warnings fell on deaf ears. Failings in February may have cost thousands of lives.” Johnson and Michael Gove and were co-leaders of the Brexit campaign and according to a Sunday Times source, preparations for a no-deal Brexit “sucked all the blood out of pandemic planning”.

Now the business editor of the Daily Telegraph Jeremy Warner has written that “as things stand, we are heading for a train crash and the re-emergence of our old friend – the ‘no-deal’ or ‘cliff edge’ Brexit”. He alleged that an extension had been all but agreed at official level, “but then Dominic Cummings, the Prime Minister’s chief adviser, returned and the plan, concocted by underlings while he and Johnson were laid out on their sick beds, was scuppered”. This is putting ideology ahead of the national interest. It is shocking that Johnson and his ministers don’t seem to have learned the lesson. According to the Sunday Times, civil servants who had been moved to deal with the coronavirus crisis have been sent back to work, full time, on ‘no-deal’ preparations.

This ideological drive is at odds with the public mood. A new poll shows that, overall, two thirds of people from all political parties are in favour of a delay; strikingly, just under half of Leave voters back an extension to the transition period. Of those Leave voters who want a delay, 57% said the government should extend the period by up to a year, while 43% said it should be extended indefinitely. The polling was commissioned by the cross-party, pro-EU campaign group Best for Britain and Hope not Hate – but carried out by Focaldata, a company that worked for the Conservatives in the general election.

There is, of course, a compelling economic argument to delay Brexit in order to avoid a ‘no-deal’ or ‘bad-deal’ Brexit that will do further damage to the economy. And that is the argument for an extension that has resonated most strongly with me and my members – Labour Party members in businesses up and down the country – until now. But in fact it has become clear in recent weeks that there is an even stronger argument for delaying Brexit: to put first things first, and dedicate every ounce of human and material resource in this country and across Europe to tackling the Covid-19 crisis before we even think about negotiating the terms of a Brexit deal. 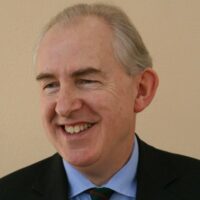 View all articles by Hamish Sandison