The appointment of David Evans as Labour’s new general secretary is a huge win for Keir Starmer. A veteran of the Blair years, Evans developed a reputation as a formidable campaigner during the former Prime Minister’s tenure and has since emerged a champion for transformative initiatives in local government. It’s no secret that Evans was the preferred candidate of the leadership, and his campaigning acumen will have no doubt factored into Starmer’s decision to back him. But the appointment of Evans tells us something else about the Labour Party under Starmer: the days of class war are over.

As first regional secretary, and then assistant general secretary, Evans was a strong advocate for modernising the party. In 1999, Evans authored a report in which he argued the party needed a “radical overhaul”, that local parties were “dysfunctional”, and that it should “empower modernising forces within the party and marginalise ‘old Labour'”. Naturally, the recently resurfaced report has caused alarm among those on the Labour left who fear the factional infighting that dogged the party during the Jeremy Corbyn years will continue.

But it is not just party processes and structures that Evans believes need to be overhauled. In a 2014 article for HuffPost UK, Evans argued that class politics itself had come to an end. In the piece, headlined “From Essex to Manchester, the UKIP surge signals the death knell of class-based voting”, Evans wrote that the gradual decline of class-based political allegiances since the mid-1970s suggests that class is no longer relevant to voters in the 21st century. Instead, Evans believes voters are distinguishable according to their motivations.

The last two elections suggest that Evans may have a point. In both 2017 and 2019, a Corbyn-led Labour Party attempted to redraw the political landscape along class lines. It almost worked in 2017 – the party’s core message and manifesto appeared to resonate with voters and Labour secured its greatest vote share increase since 1945, under Clement Attlee. But against a comically poor opponent in Theresa May, Labour still lost. And in 2019, despite a raft of policies designed to improve the lot of the working class and rhetoric pitting workers against a ‘rigged system’, the party suffered its worst election result since 1935.

One of the lessons from the 2019 election is that voters in former ‘Red Wall’ seats do not take kindly to soak-the-rich rhetoric. A February report from Tax Justice UK found ex-Labour voters wanted what they saw as fairness – the closure of tax loopholes, increases to capital gains tax and fairer pension rates all came up as suggestions. They also wanted immediate public investment in their areas, and many expected rapid change. But although they wanted the playing field to be levelled out, Tax Justice UK head Robert Palmer said that aggressive anti-wealth language went down “seriously badly” with respondents.

Starmer will be aware of this. As a veteran who not only believes class divides are irrelevant, but has a proven record on local issues as well, the appointment of Evans is an indicator of the direction in which the leadership wants to take Labour. And Evans’ views on class are also consistent with those of Starmer’s director of policy, Claire Ainsley. In her book The New Working Class, Ainsley argues that class still matters during elections, but its nature is changing. While much rhetoric in politics appeals to the ‘traditional’ working class, Ainsley argues that the ‘new’ working class is made up of a broad variety of different workers on different incomes, most of whom are in the service sector. Ainsley does not believe these workers will respond to labels of class, but signals as to whether a party is on their side.

Between these two appointments, it seems clear that Starmer is looking for a clean break from the class-based strategy of his predecessor. And the shadow cabinet is beginning to follow suit. Over the weekend, shadow economic secretary to the Treasury Pat McFadden embarked on a charm offensive with banks and asset management companies in an attempt to mend ties damaged during Corbyn’s leadership. According to the Financial Times, McFadden did not think Labour had been open enough to engaging with business during Corbyn’s time as leader, adding: “I’ve always believed that an aspiring party of government should be as interested in wealth creation as it is in the fair distribution of wealth.”

These are not the sentiments of a Labour Party wedded to traditional conceptions of class. As it stands, all signs suggest Starmer has little interest in adopting the antagonisms that characterised Labour under Corbyn’s leadership. To be sure, Starmer pledged to build on the platform that nearly led Labour to victory in 2017. But the underlying philosophy of the Corbyn years – that the material interests of the 99% and the 1% are fundamentally and irreconcilably opposed – has been all but scrapped. In that respect, Starmer could be Labour’s next moderniser. With four years to go, it’s too early to say what Labour will look like by the next election. But right now, one thing is clear: class politics are out. 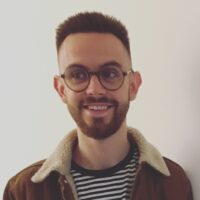 Toby Breslin is a Labour member and MA student.

View all articles by Toby Breslin